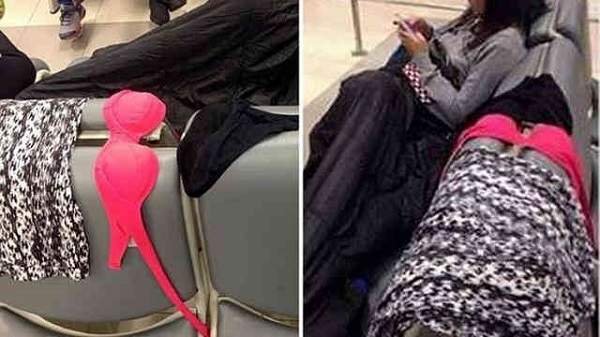 Photos of a tourist, reported to be from China, drying her wet underwear on the seats at Chiang Mai International Airport's departure lounge triggered widespread criticism on social media. The photos, believed to have been taken about two weeks ago, showed a woman using her phone as her pink bra and black panties laid next to her.