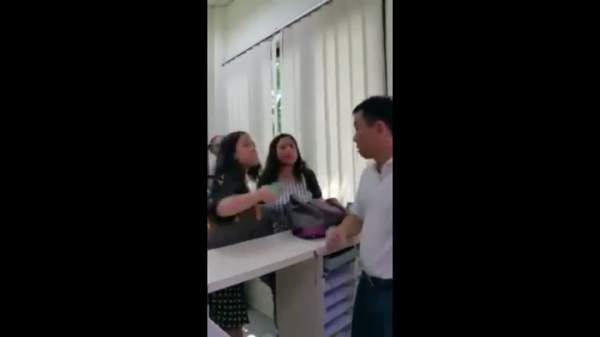 By down you may have seen the video where two obviously PRC women "fought" with a local Singaporean man. It is unclear what sparked the argument but the behavior of these two women were thuggish and absolutely reprehensible. After the incident, various whistle blowers have emerged to "EXPOSE" the two PRC hooligans involved. According to him, one of them is a Singapore PR named Tracy Tham while the other is a Canadian PR. The Singapore PR is working in MBS while the other has a child studying in a local school.