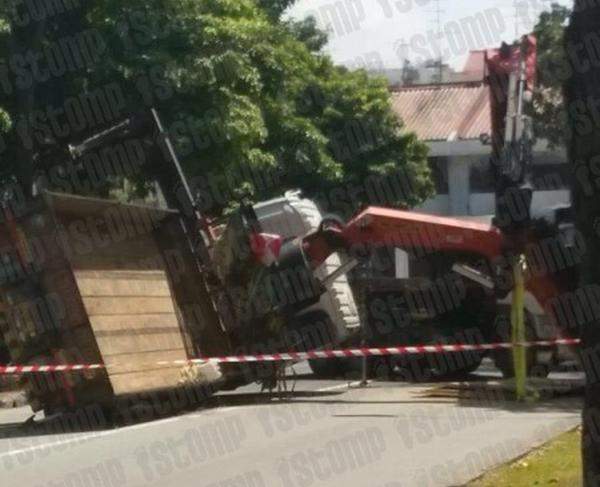 A lorry crane toppled at Hougang Street 21 on Monday (April 4) morning. The toppled lorry tilted to its right side in the middle of the road. The Singapore Civil Defence Force (SCDF) said it was alerted to the incident and dispatched an ambulance to the scene.

END_OF_DOCUMENT_TOKEN_TO_BE_REPLACED 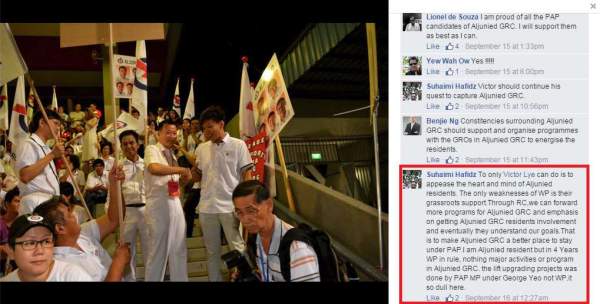 After GE2015, this PAP activist in Aljunied GRC, Suhami Hafidz, said that WP's only weakness is their grassroots support. He said that through the RCs (residents' committees managed by the so-called non-partisan Peoples' Association), PAP can get more programs for Aljunied residents, and get the residents to be more involved, thus getting them to understand the PAP's goals which are all about making Aljunied GRC a better place for residents to stay under PAP rule.