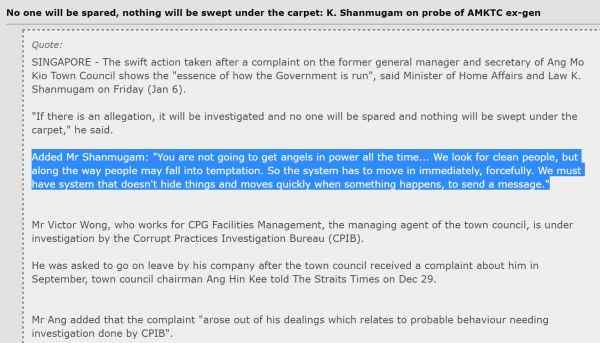 Minister says "nothing will be swept under the carpet" - and then mainstream media do precisely that and sweep his "You are not going to get angels in power all the time" remarks under the carpet.

END_OF_DOCUMENT_TOKEN_TO_BE_REPLACED 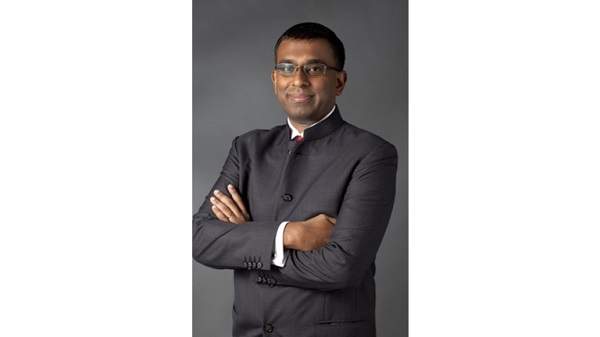 I refer to the disgusting actions of TODAY newspaper last week, which maliciously misquoted the honourable Mr Low Thia Khiang's parliamentary tribute speech to the late Mr Lee Kuan Yew. This sort of behaviour from TODAY is not surprising. Singapore's government-controlled media is famous throughout the world for having poor reporting standards and no journalistic integrity. I highly encourage Mr Low Thia Khiang to take legal action against Walter Fernandez and his team of unprofessional pro-PAP reporters for defaming him and causing grave damage to him and the image of the Workers' Party.

END_OF_DOCUMENT_TOKEN_TO_BE_REPLACED 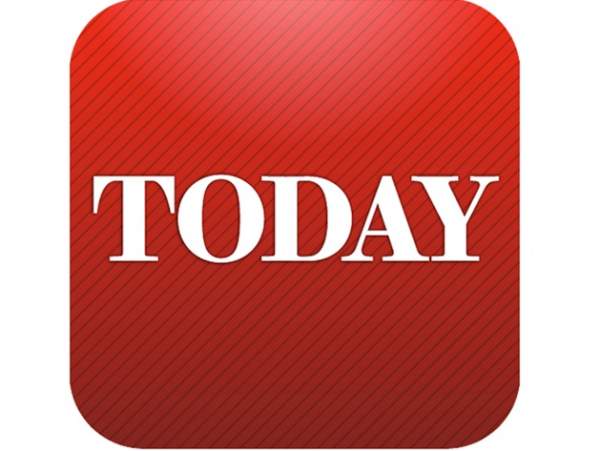 Singapore's Ministry of Communications and Information has said that it did not ban newspaper TODAY from attending government events for breaking embargoes. In a statement to Yahoo Singapore, a spokesman said that a letter of censure had been sent to TODAY for "repeatedly breaking embargoes" but no ban had been put in place. Asia media and marketing news website Mumbrella had earlier reported that a month-long ban had been slapped on the local newspaper.

END_OF_DOCUMENT_TOKEN_TO_BE_REPLACED

Leave it to the secular mass media to employ all manner of underhanded, unscrupulous tactics to try to drag even what is holy and good through the mud. Yahoo News has seized upon just one standalone line in the pastoral letter to create a sensationalist headline, which as we speak has already been celebrated by those seeking to attack the Church at every opportunity as 'evidence' of the Church's supposed admission of error in its teachings on this subject.

END_OF_DOCUMENT_TOKEN_TO_BE_REPLACED

The council said yesterday it has censured Dr Wu and suspended him from medical practice for four months. The 54-year-old was also ordered to give a written undertaking that he will not engage in any similar conduct. Dr Wu was fined S$1,000 in June, 2012, after he asked Mr Kuan Kit Wah to take the rap for his speeding offences, committed in 2005 and 2006. The fine sparked off questions about why the prosecution did not pursue stiffer charges, as well as suggestions of favouritism. The episode also led to an exchange between Workers’ Party Chairman Sylvia Lim and Law Minister K Shanmugam in Parliament over the equitability of the legal system.