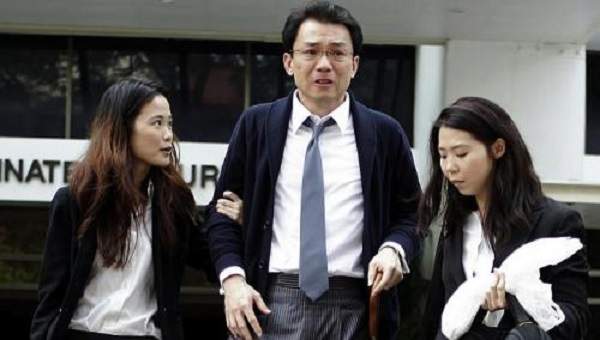 The judicial review application for former law don Tey Tsun Hang to be reinstated has been rejected by Judge Quentin Loh. Tey was charged with having sex and accepting love gifts from a female student in exchange for better grades. He was subsequently dismissed by NUS but was later acquitted of corruption charges on appeal.

END_OF_DOCUMENT_TOKEN_TO_BE_REPLACED

NUS SEX-FOR-GRADES PROFESSOR: I WANT MY SINGAPORE PERMANENT RESIDENCY BACK

Mr Tey, who was granted permanent resident status in 1998, was first charged with corruption in July 2012 over allegations that he had accepted gifts and sex from a former student in exchange for better grades. Mr Tey, who has a Japanese wife, told The Straits Times on Friday morning: "The court must not encourage, nor should it endorse, such bureaucratic and Kafkaesque tactics to force a permanent resident out."

END_OF_DOCUMENT_TOKEN_TO_BE_REPLACED

Former law lecturer Tey Tsun Hang is seeking a court order to review his sacking from the National University of Singapore (NUS) last year, following allegations of corruption which he was eventually cleared of on appeal in February. Mr Tey, 42, represented by lawyer M. Ravi, wants the court to quash the decision claiming his right to a fair hearing was breached and this was a breach of natural justice.

END_OF_DOCUMENT_TOKEN_TO_BE_REPLACED

The prosecution also has no right of appeal against Justice Woo’s decision to acquit Tey. They can take the case to the Court of Appeal only on points of law of public interest.A spokesman for NUS said Tey can petition for reinstatement to get his job back but the university will hold its own inquiry into the case if he does. And now that he is no longer guilty and free to speak his mind, Tey reiterated on the day of his acquittal that the “sex-for-favours” case against him was politically motivated right from the beginning.

END_OF_DOCUMENT_TOKEN_TO_BE_REPLACED

Former NUS Law Prof Tey Tsun Hang: I have no confidence in the Singapore judiciary

Former National University of Singapore law professor Tey Tsun Hang said on Friday that the "sex-for-favours" case against him was politically motivated right from the beginning. In his first response to Yahoo Singapore via e-mail right after his acquittal from six corruption charges, he also spoke strongly against Singapore’s judiciary and prosecutorial regime, saying he had “no confidence” in them. “I have always maintained, and continue to maintain, my innocence,” he wrote, saying he was repeatedly disallowed from seeking evidence that his prosecution was politically motivated by former Chief District Judge Tan Siong Thye, who presided over his trial.

END_OF_DOCUMENT_TOKEN_TO_BE_REPLACED

Former law professor Tey Tsun Hang, accused of obtaining sex and gifts from one of his students, was on Friday acquitted of corruption by the High Court. But even as he cleared Mr Tey of criminal wrongdoing, Justice Woo Bih Li had strong words for the ex-professor, saying that he was "a man without honour". Mr Tey, 42, was not in court to hear the decision. He had chosen to serve the five-month jail term handed down by a district court that convicted him in June last year and has since been released from prison. Justice Woo, giving his decision in a packed courtroom on Friday, said that Mr Tey had abused his position as a lecturer and had exploited law student Darinne Ko.