PAP’S S ISWARAN ON REFORM PARTY ERROR: WE DO NOT WANT TO WIN ON TECHNICALITIES 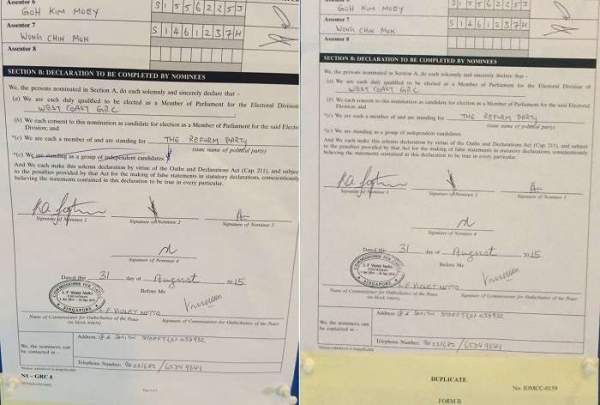 This morning at the Nomination Centre, the Reform Party's nominations papers contained an error. They had not deleted the words "We are standing as a group of independent candidates" in their declaration before a Commissioner of Oaths. Our PAP team spotted the error and I informed Mr Kenneth Jeyaratnam of the Reform Party so that they had enough time to correct it. If the error wasn't corrected, we were advised that the Reform Party team would have been disqualified on technical grounds. We the PAP team do not want to win on technicalities.