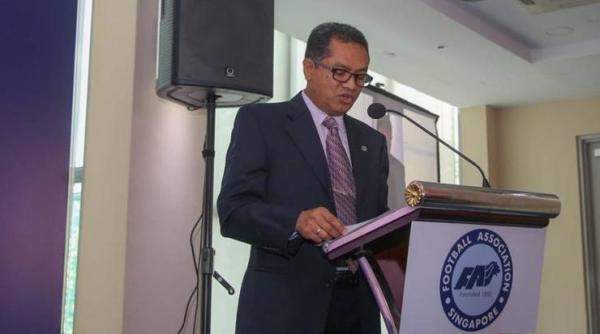 Whoever wins this election, it will be a hollow victory. After the accusations and counter accusations, which finally led to the CAD taking further actions in the donations saga, as well as revealing whata farce the FAS is in, as they have no control over the football clubs they are supposed to oversee. And now, another promise from the Team LTK, who indicated that they will listen to their affiliates and make changes for the better of Singapore football. They are also a joke. A team made up of mostly Council members of the FAS, they don't even know what is happening in the association. Council members in name only, then? These so-called football administrators have never listened to the ground before, what makes them think they can change? Another election tactics of promising everything good, but reverting to type once elected? They had managed to let the professional league turn from a big national project to a professional league that one hardly ever watch. And Singaporeans favourite sport is football. If you don't even want to watch your favourite sport live with easy access to stadiums, then that is total gross mismanagement of the sports.