POLYCLINIC DOCTORS HAVE A DIFFICULT JOB 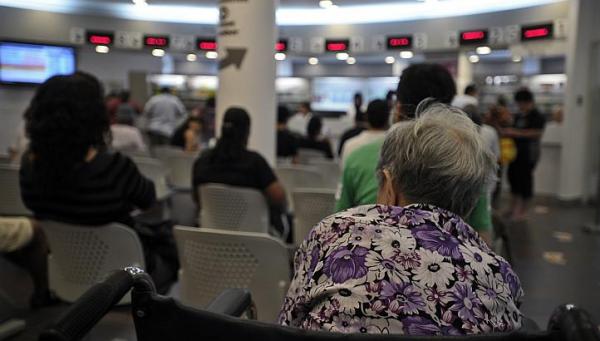 I AM the mother of a polyclinic doctor and would like to give a different perspective to Ms Evelyn Ong Foo Chou's letter ("So hard to consult a polyclinic doc"; Tuesday). After waiting for hours, some patients are likely to be frustrated and angry when they enter the doctor's consultation room. They want to get a consultation worth their wait. But how do you expect the doctor to give them more "eye-contact time" when he has to document the patient's medical history, conduct the medical examination, reach a diagnosis and write the prescription - all within a matter of minutes - given that he has to fulfil a minimum quota of 60 patients a day?

END_OF_DOCUMENT_TOKEN_TO_BE_REPLACED

The four Cabinet members who entered politics in 2011 are Education Minister Heng Swee Keat, Minister for Social and Family Development Chan Chun Sing, Acting Manpower Minister Tan Chuan-Jin and Acting Culture, Community and Youth Minister Lawrence Wong. "I hope they continue to do well and mature and grow in their responsibilities and in their understanding of Singapore," he said. He also hopes Singaporeans will grow to accept their leadership.

END_OF_DOCUMENT_TOKEN_TO_BE_REPLACED

DSP Subramaniam, who took the witness stand on Tuesday, admitted he could not identify the accused in court. He also testified that he ordered the arrest of a man he believed to be Thavamani after the worker disobeyed police orders and "was insistent" in going down Belilios Road - an area which was being cleared by the police. The man was "becoming agitated, his tone grew louder, and he was adamant that he wanted to enter", said the DSP. He added that he was "certain that he (Thavamani) made no mention" of a lost brother.

END_OF_DOCUMENT_TOKEN_TO_BE_REPLACED

"Usually I like to carry my rod and walk by the floating deck to buy food at a food court near Bedok Reservoir. Cisco has caught me umpteen times. I have already told him I was just walking," he said, adding that he chose to post the video online in "self-defence", after feeling threatened. "That day, coincidentally I had my lure attached but I wasn't casting. I think he can see that for himself and yet he approached me."

END_OF_DOCUMENT_TOKEN_TO_BE_REPLACED

Newspapers should aim to inform and educate and be a source of reliable information, opinion as well as entertainment. "And not all newspapers in the world aspire to do that," he noted. This model has worked for Singapore, he said, but noted that it was also changing with the advent of the Internet and social media. Lee Hsien Loong acknowledged that social media can influence election results as people use it to exchange opinions and snippets. He contrasted that to the way an older generation would read the newspapers "from cover to cover" to get a good sense of what was happening.

END_OF_DOCUMENT_TOKEN_TO_BE_REPLACED

Jail for groom who lied about earlier sham marriage

Yesterday, Norizuan was jailed for eight weeks after he admitted lying to the police. He had pleaded guilty last Friday to giving false information and an unrelated charge of punching and damaging a bus in a row with its driver. But it turned out he had accepted $1,700 to enter into a sham marriage while short of cash. Pleading for leniency, he said: "My (fiancee) is pregnant again, and I have a 10-month-old daugher. I regret what I have done." His family, who were in court, declined to speak to reporters. In sentencing him, District Judge Toh Yung Cheong also considered a third offence of criminal breach of trust, to which Norizuan also admitted.

END_OF_DOCUMENT_TOKEN_TO_BE_REPLACED

Mr Ng's lawyers - Senior Counsel Tan Chee Meng, Ms Melanie Ho, Mr Paul Loy and Ms Jocelyn Ngiam - said their client was pleased with the outcome but the episode had affected his career and family. He relinquished his position because of the case. "While he is not proud of the services he sought, he has always maintained he did not engage in sexual activity with the escort nor was he aware of her actual age," they said in a statement. "The acquittal vindicates his position, which he has maintained since the start of investigations."

END_OF_DOCUMENT_TOKEN_TO_BE_REPLACED

COE prices mixed even as supply is set to rise

This was despite sluggish sales, and the prospect of an increase in COE supply from next month. "The market was quite weak," said Volkswagen Singapore's general manager of sales Daniel Chong, attributing the slow sales to price increases last month. "However, it was a three-week break between this tender and the last one." Tenders are usually two weeks apart, but longer gaps occur occasionally because the weeks in a month are not distributed evenly. Longer breaks usually result in more car orders, which in turn result in more aggressive bids.

END_OF_DOCUMENT_TOKEN_TO_BE_REPLACED

More to varsity than getting a degree: Indranee

Students should enrol in university to gain broader knowledge than just the degrees they earn, and "emerge with an enlarged worldview" having learnt ideas with power to have impact on lives, she said. "The attainment of the degree is not an end in itself. The degree doesn't make you a better person... a good person," she added. "The ultimate purpose of the university is really for the betterment of the person, society and mankind." Later, in a panel discussion with NUS provost Tan Eng Chye and Straits Times Editor at Large Han Fook Kwang, Ms Indranee said she hoped Singapore universities would one day become "powerhouses" in generating ideas.

END_OF_DOCUMENT_TOKEN_TO_BE_REPLACED

A MOTORCYCLIST was killed in a six-vehicle chain collision yesterday morning that left him pinned between a minibus and a tipper truck. Mr Sashivarman Murugakandar, a 22-year-old Malaysian, was pronounced dead at the scene at the junction of Ang Mo Kio Avenue 6 and Avenue 1. The pile-up involved a tipper truck, two cars, a motorcycle, and a minibus. A lorry in the next lane was also hit by one of the cars in the crash.