Singapore playwright thinks race was just a distraction (this EP) for the PAP to retain elite power. He said PAP would rather deny people the right to confer Halimah with a mandate than "transfer" power to the people. What do you think?

END_OF_DOCUMENT_TOKEN_TO_BE_REPLACED 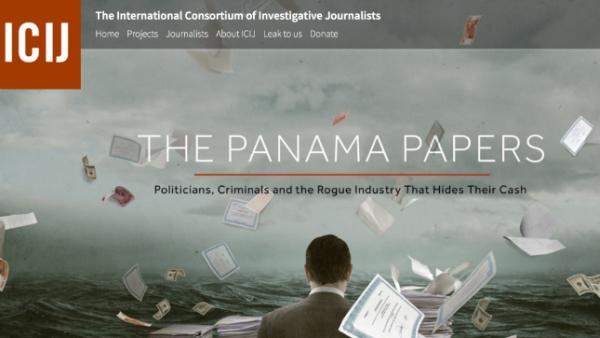 [According to a viral post, it seems that Osith Ramanathan, son of the late and former president S R Nathan was mentioned in the ICIJ Leaks investigations aka Panama Papers] https://offshoreleaks.icij.org/nodes/101779 Mr. Osith Ramanathan, shareholder and director of a BVI company.

END_OF_DOCUMENT_TOKEN_TO_BE_REPLACED 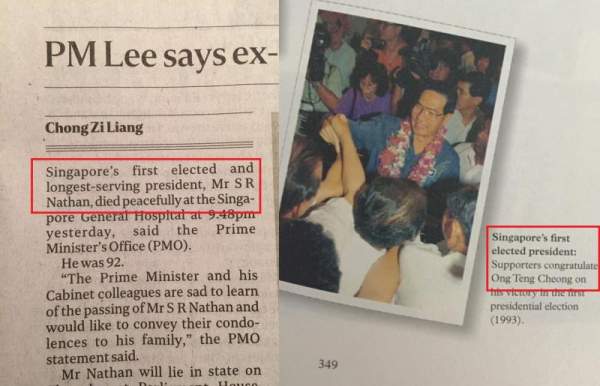 Dear The Straits Times. If you have read the book "Men in White The Untold Story of Singapore's Ruling Political Party" published by SPH, you would find on page 349, that it states that Mr Ong Teng Cheong was Singapore's first elected president. I am not trying to steal the limelight away from Mr SR Nathan's demise (he was also an old VS boy), but what your reporter has written is simply unacceptable. Getting the facts correct is rule 101 of a reporter. Many netizens are suspecting this is just whitewashing Mr Ong as our president.

END_OF_DOCUMENT_TOKEN_TO_BE_REPLACED 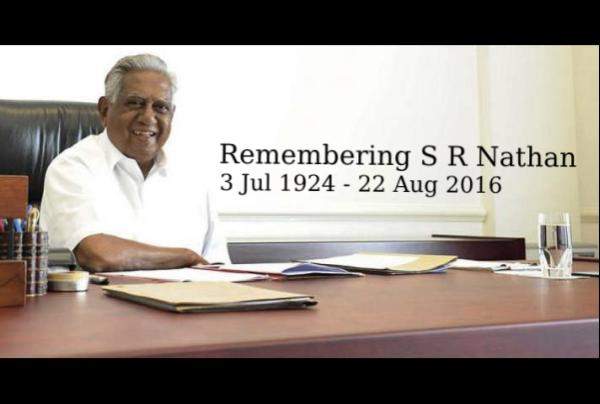 The Government has accepted the wishes of the late Mr S R Nathan and his family in making the following funeral arrangements. The Government will provide all the necessary assistance. As a mark of respect to Mr Nathan, the State flag on all Government buildings will be flown at half-mast from Tuesday, 23 August to Friday, 26 August 2016. The body of the late Mr Nathan will lie in state at Parliament House from 10.00am on Thursday, 25 August to 12.00pm on Friday, 26 August. The public may pay their last respects at Parliament House from 10.00am to 8.00pm on Thursday, 25 August. On Friday, 26 August, members of the diplomatic corps and other officials may pay their last respects from 9.00am till 12.00pm.

END_OF_DOCUMENT_TOKEN_TO_BE_REPLACED 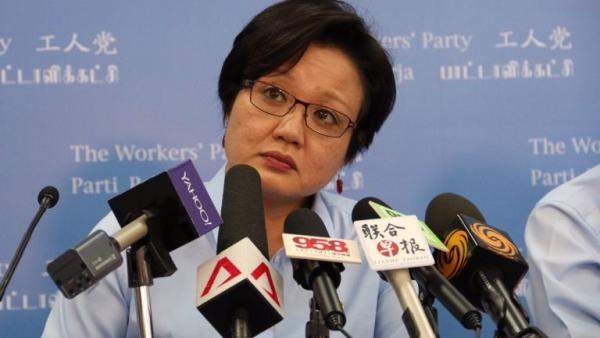 President Nathan has been a public servant practically all his life. He believed in Singapore, from the early days before independence when our survival was by no means guaranteed. My father had the privilege of working alongside him in the MID (Ministry of the Interior and Defence), and they became friends for life. I benefitted from their friendship too. When I became NCMP in 2006, President Nathan was very kind to me and generous with his precious time. He always made it a point to summon me when the occasion presented itself, just to say Hello and to ask how things were going. I shall miss his warmth and grace.