S’PORE IS PLAGUED BY CONSUMERISM, THE NEED FOR BRANDED GOODS TO MAKE UP FEEL BETTER There was once upon a time, long ago, when I drove an Audi. At that time, all I ever wanted was to own a "branded car". So one day, I walked into the Audi showroom, maxed out my credit cards, and ordered one. It was brash, silly, and a reflection of what plagues much of society today - the insatiable need for consumerism; the need to own something nice to make ourselves feel better.

END_OF_DOCUMENT_TOKEN_TO_BE_REPLACED A Punggol resident claims he was "attacked" by stray dogs. He has been calling AVA to cull the dogs since 2012. However, in further examination, he was not attacked, but merely fell: "Suddenly, the dogs on his left came from behind and barked". "I was startled, lost my footing and fell." Punggol is an area where tensions between stray dogs and humans are high - due to rapid deforestation leading to the displacement of the indigenous dogs. Thousands of dogs have lost their lives, and now, the remaining dogs face extermination because a minority relentlessly pressure the authorities to act, even though many understand that the dogs are shy, and run away, rather than attack people. You can do your part, by SHARING this post, and spreading the word, that the dogs are grossly misunderstood. Many do not know how to react when they encounter stray dogs, and as a result end up falling. The dogs DO NOT attack, and will not, if we know how to react.

END_OF_DOCUMENT_TOKEN_TO_BE_REPLACED 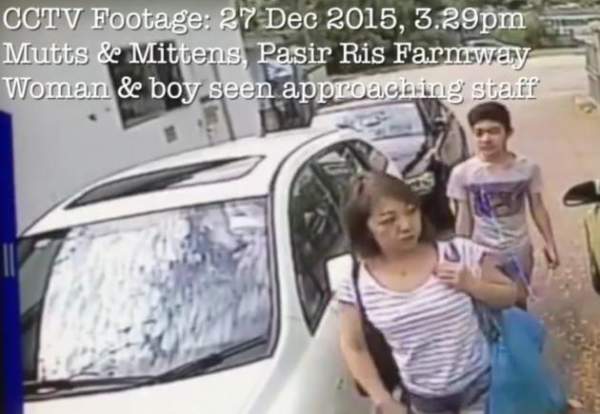 We received a most disturbing Christmas "present" 2 months ago - a Shihtzu, abandoned outside our shelter. As a result of severe neglect - his eyes were infected & scarred, leading to total blindness. It has been 2 months since Christmas was rescued. Through the hard work of the SOSD team, Christmas has undergone a metamorphosis which none of us could have imagined. For the first time, we are sharing his journey, and clues which may lead to tracking down the people responsible for doing this to the poor boy. Help share his story, so that we can bring them to justice.