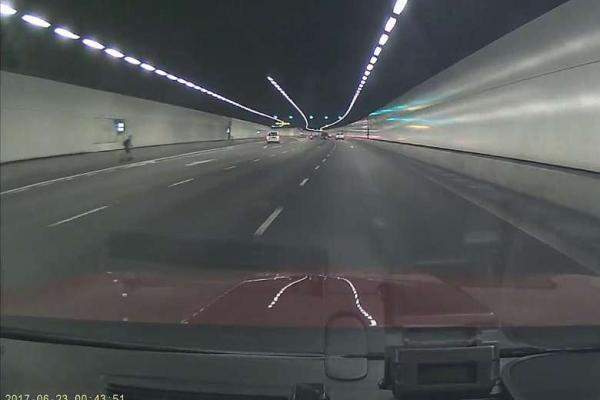 This mobility and e-scooter thing is just going too far and out of hand already. What possessed a man on an e-scooter to ride through the KPE Tunnel? It was reported that a person was seen riding an electric scooter along the road shoulder of a Kallang-Paya Lebar Expressway tunnel early last Friday morning, based by a footage from an in-car camera. The Police have said that they were aware of the incident, and urged anyone with information on the incident to make a police report on the case, so that appropriate actions can be taken. A 42-year-old taxi driver, who captured the incident on his in-car camera and declined to be named, said: "(It is) difficult to assess his speed as he was preparing to cut across the Upper Paya Lebar exit to continue his journey farther along the road shoulder. "I was going about 70 to 80kmh and he was slower than me."

END_OF_DOCUMENT_TOKEN_TO_BE_REPLACED

A reader shared this email reply from the Housing & Development Board with us. According to the reader, he had emailed them regarding an inquiry about his flat. When he received this reply from them, he almost flipped in his chair when he saw that they might take up to 14 working days or more than 2 weeks to give him a reply.

END_OF_DOCUMENT_TOKEN_TO_BE_REPLACED just few days ago, I went to an atm at the Ci Yuan CC to withdraw some money. While there, I noticed a foreigner from the Philippines with her helper was at the at atm machine and there was a queue behind. She did not insert her card and was not even using the machine. She was looking at what seemed like a flyer from POSB.

END_OF_DOCUMENT_TOKEN_TO_BE_REPLACED 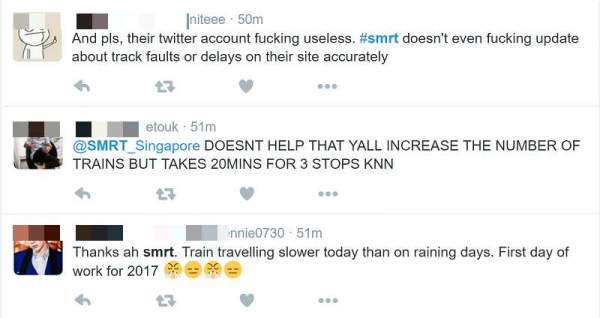 Singaporean commuters have taken to cyberspace to complain about SMRT on the first day of work for 2017. Although SMRT's social media accounts are dead quiet with no updates of any train delays, it appears to be a different story on the ground. Netizens are complaining about the extremely slow trains moving on the first day of work. There were also reports of a tain fault at Jurong East and commuters are expected to experience delays of at least 10 minutes from between Boon Lay to Clementi.

END_OF_DOCUMENT_TOKEN_TO_BE_REPLACED

SBS TRANSIT SHOULD NOT GET AWAY WITH THIRD WORLD BUS TIMINGS

This is not the first time i am writing in to complain about this bus already. I had already been waiting here for several minutes so I checked my phone app. Then it showed me that my piece of shit bus won't arrive for another 33 minutes. What the f***?

END_OF_DOCUMENT_TOKEN_TO_BE_REPLACED 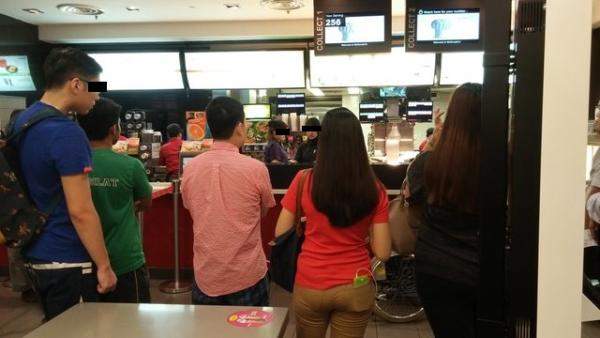 This is taken at jurong point McDonald's at 7.40am. The pictures only shows half of the ppl in queue so you can imagine how many ppl are waiting. They only open 2 order taking counter. As I type this, I have already waited 7mins. Still waiting... What happened to McDonald's 1min serve policy?

END_OF_DOCUMENT_TOKEN_TO_BE_REPLACED 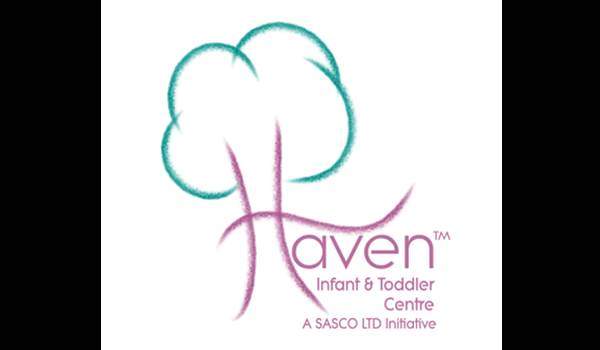 Please avoid this childcare at all cost. They have v poor management system. Now they refuse to pay me back the school fee deposit. I have submitted the withdrawal form and my son has stopped attending their hours for more than a month already(I did pay school fee for that mth). I went down to the office and school several times to chase back the deposit and the principal(who is damn arrogant and rude!) told me will get the person in charge to give me a call the next day.

END_OF_DOCUMENT_TOKEN_TO_BE_REPLACED Called the Jalan Bahar J Division Headquarters 2 times yet no turn up of any policemen for assistance. By the third call to the police, they finally came. But my dad already got injured. What are the police doing beforehand? Before all these violence and injuries to my dad happen?

END_OF_DOCUMENT_TOKEN_TO_BE_REPLACED

"My brother recently had his GCC(Guards Conversion Course) Parade. Everything was great but things got a little bit delayed due to parents and relatives not moving and adhering to the announcer's instructions to return to their seats on time. All was well until I realised my bro had to submit an apology letter to the higher ups to apologise for their 'unacceptable behaviour' that caused the delay. So now soldiers are blamed just because their parents and relatives wanted to stay on the parade square a few minutes longer?

END_OF_DOCUMENT_TOKEN_TO_BE_REPLACED

The Government has embarked on a new “strategic direction” in its population policies to bring about a slower and more sustainable pace of population growth as committed to in the Population White Paper, said Minister in the Prime Minister’s Office Grace Fu today (March 5). “Our goal is that Singapore continues to be an endearing home and a good place for Singaporeans to live, work and play,” she said during the Prime Minister’s Office Committee of Supply debate. Citing statistics released in the annual Population in Brief report last year, Ms Fu said Singapore’s population grew by just 1.6 per cent last year, its slowest pace in the last 10 years and almost half the average rate of 3.1 per cent from 2004 to 2012.