In fact, the way he spoke was more akin to an Army commander talking down to his lowly ranked men, who has no choice but to listen to his ranting and nod their heads in silence. This was no way a Minister, even in a closed door event, should be carrying himself. Certainly not in a Singlish heavy rant, which not only brings shame upon himself, but to Singapore in general. After all, wasn't his PAP party the one that started the campaign for Singaporeans to speak proper English, and banish Singlish to the dustbins. This would be another failed PAP initiative then, when one of their own top Minister cannot remove himself from his Singlish.

END_OF_DOCUMENT_TOKEN_TO_BE_REPLACED 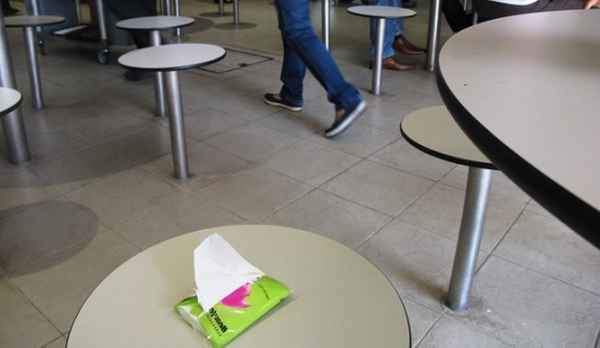 A netizen decided to translate a Straits Times Forum Letter about choping tables at hawkers into Singlish with funny results!

END_OF_DOCUMENT_TOKEN_TO_BE_REPLACED You see these whatsapp convo between a Singapore girl and her boyfriend. She is so elitist and look down on her boyfriend who speaks Singlish. She claim she is being harsh and honest with him and wants him to give him a last chance to read and improve himself. She claim that his bad english or Singlish is like a 13 year old and she was forced to stoop to his low level in order to communicate with him. She told him to stop using lah, loh, leh because with his english, he won't be able to communicate with ang mohs in the western countries.

END_OF_DOCUMENT_TOKEN_TO_BE_REPLACED

THERE IS NO NEED TO DEMONIZE OR DELEGITIMIZE SINGLISH

For many people, maybe speaking in Singlish is second nature and automatic, while speaking standard English requires conscious, deliberate effort (if they are able to do it at all). Those of us who can code switch can speak both effortlessly, i.e. both Singlish and English are part of our Automatic System. To master a language means practising and using it so often that it becomes effortless and natural - like a habit. What all this suggests is that if the government is serious about promoting good English, its real job is to help Singaporeans master standard English so that it becomes effortless and habitual. This means exposing children to standard English from a very young age because after the age of 4-5, a person's ability to speak a language like a native speaker diminishes rapidly. (By the way, I would argue that this means nationalizing pre-school education because under the current fragmented preschool system, many children are just not getting the requisite exposure to good English.) Rubbishing or running down Singlish is a form of scapegoating; it's also an excuse for not doing anything more substantive.

END_OF_DOCUMENT_TOKEN_TO_BE_REPLACED

SHAME ON YOU, TAMPINES ROVERS 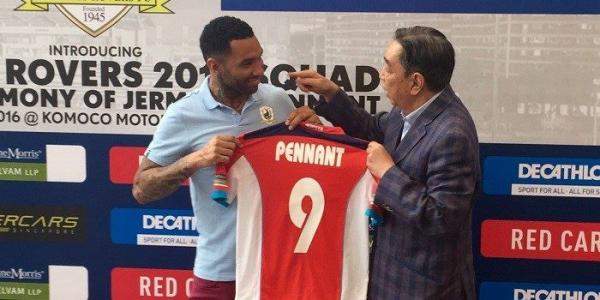 SHAME ON YOU, TAMPINES ROVERS: Welcome to Singapore, Jermaine Pennant, congratulations on putting pen to paper with Tampines Rovers to be the S-League’s highest paid player. Biggest boos to Rovers former chairman Teo Hock Seng, the very experienced football guru with more than two decades of pro football experience, who showed the way to Pennant, the first two Singlish phrase, commonly heard at football matches: Referee Kayu! Shame on Tampines Rovers. Is this the way, Mr Teo, you baptise the former England striker to make a mockery of the men-in-black, the judges of S-League, at a full-house press conference on Tuesday at Komoco Motors? Is this the disgraceful, dishonourable, disreputable and degrading way, you slap the referees in the face the Pennant-way, knowing very well that the 33-year-old footballer already has an ill-mannered repute with his unsporting behaviour in his decade-long career?

END_OF_DOCUMENT_TOKEN_TO_BE_REPLACED 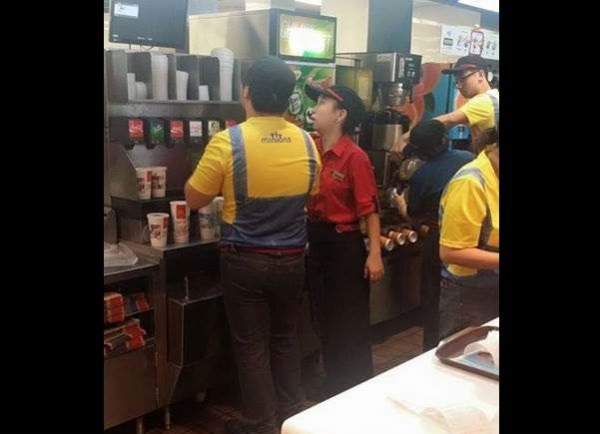 Make my day to be served by a all-Singaporean crew at Macdonald Punggol this morning. The fierce line of people waiting for their turn didn't diminish my joy. The Singlish spoken everywhere when they were serving the customers was wonderful and it is like music to my ears.

END_OF_DOCUMENT_TOKEN_TO_BE_REPLACED

SINGLISH IS ONE OF THE WORLD’S MOST EFFICIENT LANGUAGES Singlish is a unique language, Singaporeans speak it, love it and sometimes hate it. But did you know Singlish is one of the most efficient language in the world? Singlish is able to transmit a message or feeling with one of the least number of words used. It is simply incredible lah. To understand the crux of what Singlish is about, check out what Gwee Li Sui's simple but powerful illustration of how Singlish is constructed.

END_OF_DOCUMENT_TOKEN_TO_BE_REPLACED

JORG DIETZEL: A VIEW OF SINGAPORE – FROM THE OUTSIDE

But compared to one hour on the bus to Incheon airport, to the Hong Kong voting system, to Malaysia's government - Singapore has got many things right. My Singaporean friends may complain about the lack of freedom, and some online forums are full of fierce discussions about the MRT and foreign talent. But in shops and trains, malls and offices, I have never experienced anything other than helpfulness, efficiency and warmth. That's why I am looking forward to my return and to the continual improvement of this ambitious little island.