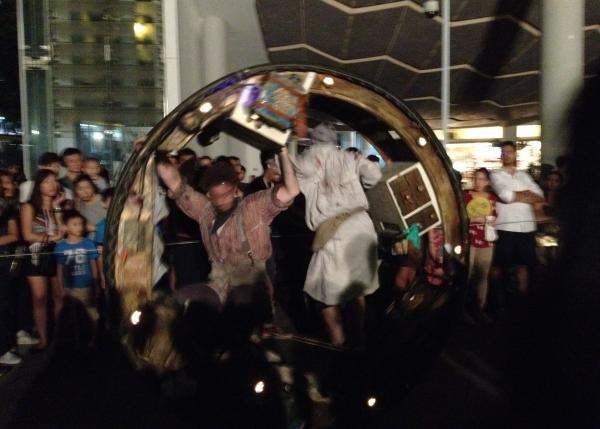 Bringing in the circus duo Acrojou from the UK was something that I had been looking forward to. However, because of the setting in which the performance was held, much of its impact has been lost on the audience. The Wheel House is a German wheel act that illustrates the daily life and struggles of two lone survivors in a post apocalyptic world. Their narrative performance works best in an open, expansive space, which is something that lacked during their show in the Night Festival. Murmurs from the crowd about how they don't understand the piece floated in the air, which is a waste for a storyline that covers the intimate themes of survival and love.