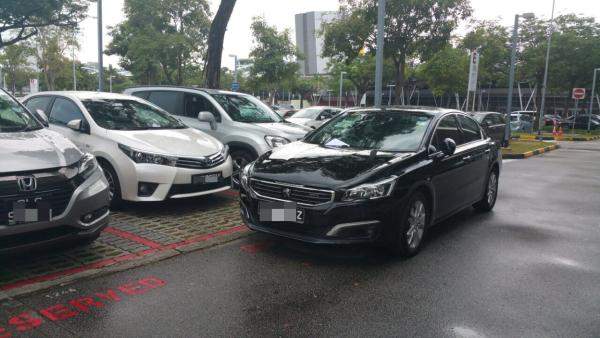 Sound the horn and waited for 20 minutes but to no avail. Until a security guard stepped in and made announcement for the driver to remove his car. When there was no response, the guard issued a warning letter which is of no help and does no damage to the inconsiderate driver, my wife still could not get out from the parking lot. The guy did not appear until another half hour later. But instead of being apologetic, he insisted he has the right to park the way he did as all exhibitors/attendees will leave at the same time after exhibition/seminar ends.