Sometime last month, a friend of mine who's on social welfare received a letter from the Singapore Buddhist Lodge (SBL), inviting him to attend their premises on February 7th for a 'hongbao' presentation. I was shocked when I arrived there. Thinking it was a 'small scale event' just for a selected number of recipients. rather this was a major operation. The SBL did not just invite devotees or its members, it opened its doors for the whole of Singapore! They invited other religious bodies like Jamiyah and some Indian groups too. You could see Malays, Indians as well as Chinese, and non-Buddhist all invited to receive the donation.

END_OF_DOCUMENT_TOKEN_TO_BE_REPLACED 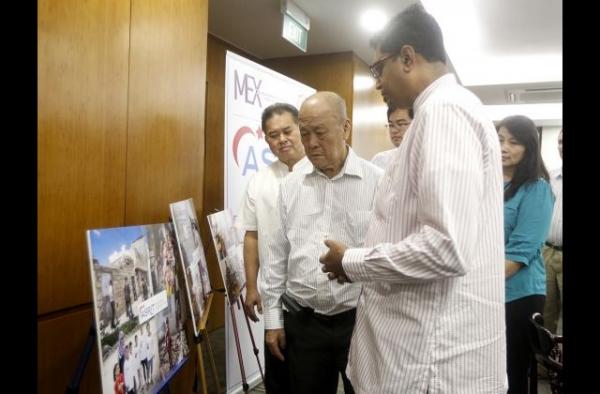 Singapore Buddhist Lodge and the Taoist Federation of Singapore — have made a donation of an undisclosed amount to help Syrian refugees in Turkey. They are the latest non-Muslim religious organisations to step forward, after Abbot Venerable Sik Kwang Sheng from Bright Hill Temple pledged support for the Aid to Syrian Refugees in Turkey (ASRIT) initiative last month. ASRIT is a joint initiative by two Muslim organisations, SimplyIslam and the Muslim Expatriates Network.