In a blow to local sporting arena, the state media reported that Singapore Athletics (SA) had banned Poh Seng Song from holding any office position within the jurisdiction of SA and/or its affiliates for two terms. Poh Seng Song was slapped with this ban after a Board of Inquiry (BOI) convened by SA allegedly concluded that he was “very likely” the person who had leaked a WhatsApp message the current Honorary Secretary, Eric Song, had made about national pole vaulter Rachel Yang and her coach/husband David Yeo.

END_OF_DOCUMENT_TOKEN_TO_BE_REPLACED

S’PORE ATHLETICS DIDN’T HELP ME, WHY STILL NEED TO GIVE THEM MY SALARY?

Singapore marathoner Soh Rui Yong disclosed the amount spent by Singapore Athletics on sprinters and long distance runners. According to what he said, the SA didn't even contribute much, still dare to ask him to contribute his salary to them?

END_OF_DOCUMENT_TOKEN_TO_BE_REPLACED

Soh contested that the SA, with their infighting, poor management and lack of support are reasons enough not to share his winnings with them, as he won in spite of these problems, not because of any help he received.

END_OF_DOCUMENT_TOKEN_TO_BE_REPLACED 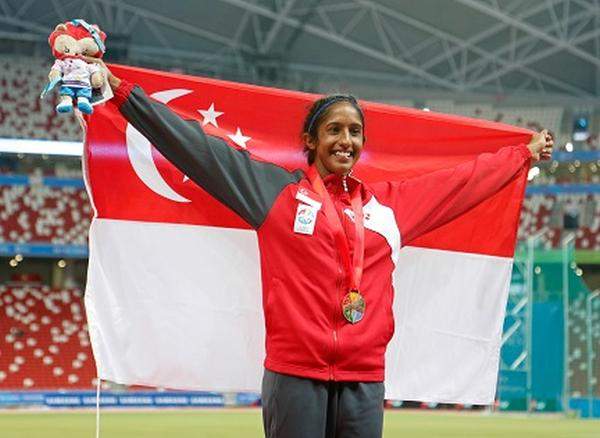 Singapore's sprint queen, Shanti Pereira failed to retain her 200m crown at the KL SEA Games. She instead, clinched the bronze medal, in a time of 23.68 seconds at Bukit Jalil National Stadium last night. The time was her season best, yet, she was inconsolable in the hour immediately after the race.

END_OF_DOCUMENT_TOKEN_TO_BE_REPLACED

What is happening to the Singapore Athletics? Seems like trouble at the SA is still not over, perhaps undermining the athletes preparation for the SEA Games. The athletes themselves have been doing well in their recent performances in the lead up to the Games, but it is the administrators that are failing them. Some photos of a WhatsApp conversation involving key officials of the association were leaked, and it shows there is still internal turmoil and unhappiness existing between the officials. The conversations were not dated, but reports indicated that it apparently took place at the Thailand Open last week. In the conversation, SA vice-president (training and selection) Govindasamy Balasekaran was shown to be instructing staff to "get good evidence" to be shown to "P" - believed to be SA president Ho Mun Cheong - and "force him to get disciplinary action" on coaches Margaret Oh (sprint) and David Yeo (pole vault). Balasekaran also wrote: "Margaret needs to get into trouble so we can take action on her." SA staff such as technical director Volker Herrmann, SDP manager Ong Wan Xin and senior executive Shalindran Sathiyanesan were also part of said conversation.

END_OF_DOCUMENT_TOKEN_TO_BE_REPLACED

SG ATHLETICS NEXT UP FOR ELECTIONS, SKELETONS IN CLOSET WAITING TO BE UNLEASHED? Next up us the Athletics body. The Singapore Athletics will vote their for their new leader on May 5, barely ten months after the current leadership of the Association taking office. The call for a snap poll is believed to have been prompted by numerous disagreements over several issues, which has caused conflict within the seven-member executive committee. Wonder what skeletons in the closet they will drag out in this election. Will there be mud-slinging, accusations going back and forth, and allegations of funds misuse? This will be another interesting election. Seems the past few weeks, sports in Singapore has been getting the spotlight they crave for. Just not the kind of spotlight they would have welcomed.