LET’S HOLD A DONATION DRIVE FOR WIFE OF MAN SHOT DEAD BY POLICE? I am very sad to read the accounts of Miss Nassida Nasir. She is young and has a young 2 month old baby to look after. Her future is very bright. Unfortunately, her bright future is ruined following the death of his husband - who was shot dead by the Singapore Police. I appeal to the kind hearted Singaporeans, Muslims and non-Muslims alike - let us hold a donation drive for Miss Nassida Nasir. She is going through a tough period and she needs financial assistance to buy baby necessities.

END_OF_DOCUMENT_TOKEN_TO_BE_REPLACED 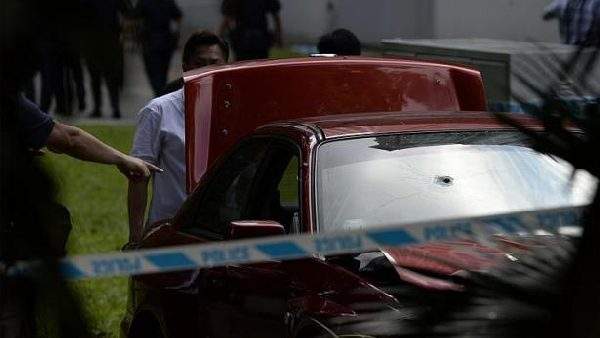 There are such thing as 'Rule Of Engagement'.. Even if he have 100Kg of drugs, death sentence or punishment only can be given by the judge.. Not by anybody else.. That officer is abusing his power is what i can say.. We have the right to speak up, Singapore have law so anybody who go against it have to face the music.. Yes, ANYBODY!

END_OF_DOCUMENT_TOKEN_TO_BE_REPLACED Police confirm that one man was shot dead and two others were detained in an incident in the vicinity of the Shangri-La hotel at 4.36 am. When asked to open the car boot for checks, the driver suddenly accelerated the vehicle towards Anderson Road. Despite Police warnings to stop, the driver continued to crash through Police barricades, endangering the lives of the officers. Police opened fire at the vehicle to stop further danger.