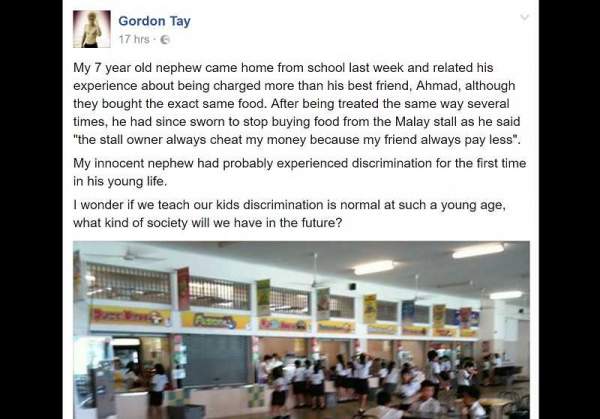 In a facebook status posted by netizen Gordon Tay, he alleged that his 7 year old nephew shared his experience with discrimination faced in the unnamed school canteen. According to Tay, his nephew bought the same food as his friend Ahmad but on several occasions, he had to pay more than what Ahmad paid at the Malay stall. After his negative unfair experience buying food from the stall, he now feels cheated buying from that particular stall and has decided to no longer eat from that stall.