MORE PEOPLE UNHAPPY WITH MRT SERVICES ACCORDING TO SURVEY DONE

In news that surprised no one, commuters' satisfaction with the MRT services fell sharply around the time the signalling test began during weekdays back in May. The same study also revealed that commuters were far happier with bus and taxi services, and even the often broken down Bukit Panjang LRT line. This was a mighty embarrassment for the MRT system, and in particular Minister Khaw. He has kept on insisting that rail line reliability have been improving under his watch.

END_OF_DOCUMENT_TOKEN_TO_BE_REPLACED

MEDIA SURVEY: 74% OF S’POREANS SAY THEY ARE SATISFIED WITH GOVT PERFORMANCE 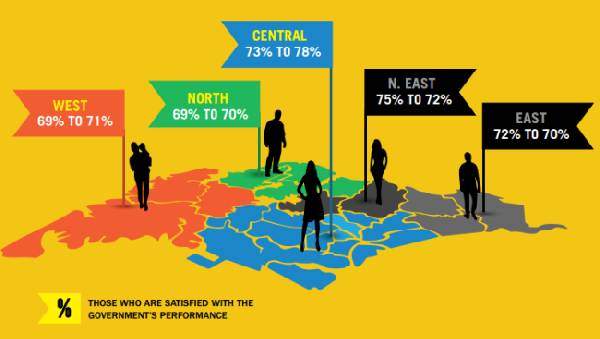 Despite the almost daily deluge of complaints about Singapore on social media – 74 per cent of a sample of voters surveyed recently say that they are satisfied with their life in Singapore. Asked about the Government’s performance since the 2011 General Election – 64 per cent said it was “good” or “very good”, 23 per cent felt it was “okay” and 10 per cent said it was “not so good or poor”.