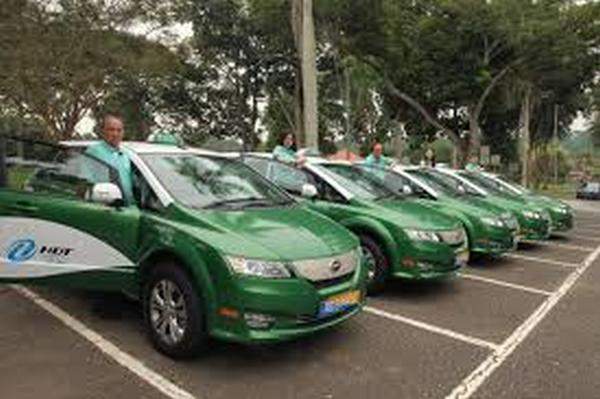 Most of the taxi companies here are owned and rented out by five cab companies to drivers, who pay a daily rental fee of up to $130 for a saloon model. HDT (Hold Dreams Together), which runs a fleet of 80 electric-powered taxis, instead pays its drivers a starting monthly wage of $1,900, inclusive of Central Provident Fund (CPF) contributions,which can grow to a gross pay of $3,200 if a revenue target of $7,250 is reached. However, they have found at least five drivers five drivers who absconded with fare takings. Each owes the company an average of around $2,000. Unlike the rental-hirer model, in which drivers keep all the fares they make, HDT's cabbies have to submit their revenue back to the company. It has engaged lawyers to help recover the money. HDT also sacked a cabby who collected a few hundred dollars in fares but overrode the taxi meter by entering a one-cent amount for those trips. This prevented the company's systems from capturing the fare revenue. Apart from this, 3 other drivers were told to leave the company as they collected less than $100 in fares every day, which represents a very low productivity for the company.