RUDE HAWKER REFUSED TO GIVE OLD MAN EXTRA PLASTIC SPOON, WHY SO ARROGANT?

Our reader felt unfair when she saw an uncouth hawker reject an elderly man from getting an extra plastic spoon. He only wanted to eat dessert with his wife. Liddat also cannot?

END_OF_DOCUMENT_TOKEN_TO_BE_REPLACED

A netizen is angry with Uber for not helping to find the car where her fiance lost his phone in. They tried calling the number but the person on the other end keeps switching off the calls. If Uber so efficient shouldn't they help them already?

END_OF_DOCUMENT_TOKEN_TO_BE_REPLACED

CABBY AND INDIAN PASSENGER CURSED EACH OTHER OVER 5 CENTS CHANGE

I once picked an Indian national. Those that speak a mixture of English with strong Indian accent and they think they are damn smart. His fare was $9.95. Upon arriving to his destination. He gave me a $10 and I told him that I do not have 5 cents change. In a rude voice he said "What kind of taxi driver are you. 5 cents also don't have?" Then I gave him 10 cents instead and he proceed to alight and I shouted to him in a rude manner too. "Uuui... give me back 5 cents.." and he said he don't have... my reply was.. "What kind of Indian are you...keep that 5 cents and @#$% back off to India!"

END_OF_DOCUMENT_TOKEN_TO_BE_REPLACED

MAN COMPLAINS ABOUT RUDE & RACIST UBER DRIVER, SAYS UBER DID NOT DO ANYTHING ABOUT IT 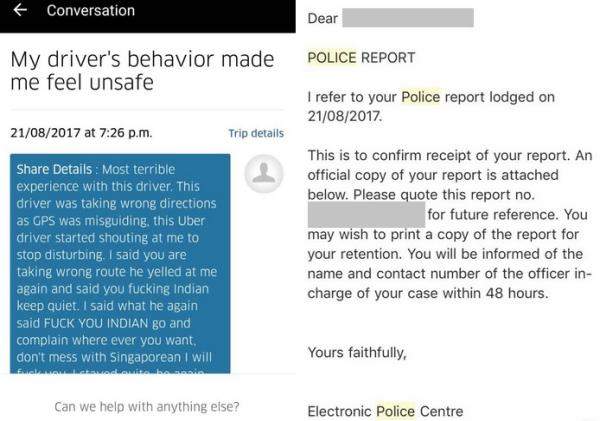 An angry Uber passenger complained about his driver for getting the directions wrong, shouting vulgarities at him and making racist remarks. He has complained to Uber and lodged a police report but doubt Uber is taking any action against the individual.

END_OF_DOCUMENT_TOKEN_TO_BE_REPLACED Do you think NEA's grading of hawker stalls should include an assessment on their attitude? A netizen thinks this should be implemented so that hawkers will stop being unreasonably rude to customers.

END_OF_DOCUMENT_TOKEN_TO_BE_REPLACED 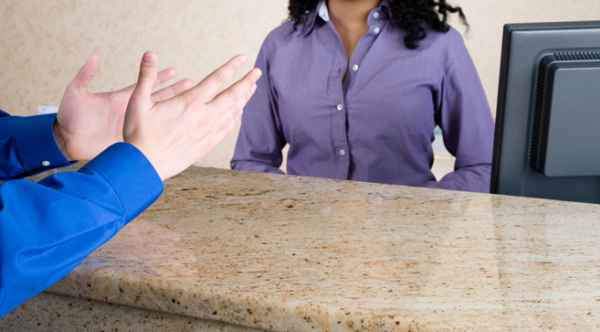 I was at the Katong Post office this morning at about 11am . Before me there was an "angmo" at the counter. Pardon me but I cant tell from his looks what nationality he is.

END_OF_DOCUMENT_TOKEN_TO_BE_REPLACED 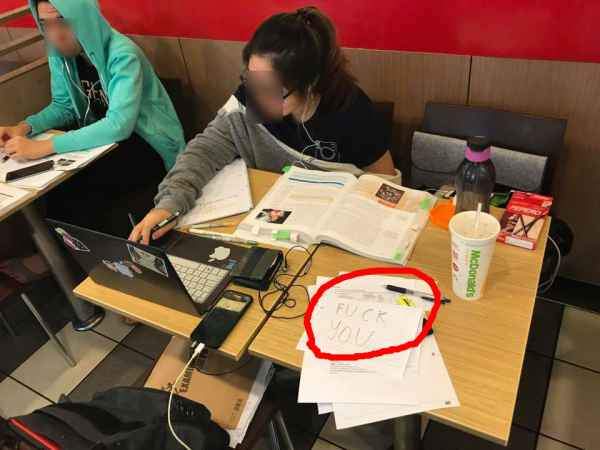 A netizen, Jerome, was outraged to find this rude message left on a McDonalds' table by a student who appeared to be hogging the seats to study at the fast food outlet at United Square.

END_OF_DOCUMENT_TOKEN_TO_BE_REPLACED

A netizen posted this screenshot of a rude passenger who booked a ride but flip-flopped after he arrived.

END_OF_DOCUMENT_TOKEN_TO_BE_REPLACED

When my turn came, I sent my photos along & adjusted everything needed on them. A few seconds after I uploaded them for print, a young staff (black blouse) came up to me to ask if I have finished. Her tone was extremely rude, it was as if I hoarded the machine when I spent more time waiting for my turn than uploading my photos. I told her that she had been very rude & she apologized thereafter (I do commend her for admitting her fault & apologized for it). Then I asked the counter if I should be collecting my prints at the machine or the printer behind them. Finally a grumpy middle-aged lady (grey blouse) appeared & asked me if I used my phone, which I said yes. She crossed out the price from my receipt which says "$13.50" & said it's $3.00 per print. Which means $24.00 for my 8 photos. I replied they should be upfront with that information. She sulked when talking to me, which annoyed me even more, so I decided against printing with them. She crushed my receipt, threw it away & walked off when I was talking to her. She continued to ignore me when I requested to delete my photos from the database. I looked like I was 'begging' them to delete my photos from the system. No one came until the young lady approached me. Her boss (orange blouse) spoke to her in front of me saying, "Give her at the price but collect tomorrow". It was as if I was invisible or too lowly for her to speak to me directly. She was only an arm's length away. Of course, I declined. It had nothing to do with the price now, i'm not going to be at their mercy. If they think their printing service is the one & only in Singapore, I hope they go out of business soon.