I have tried to approach the staff manning the stall, but have been shouted at by them. They used a very rude tone to dismiss the matter and raised their voice at me in hopes of frightening me off.

END_OF_DOCUMENT_TOKEN_TO_BE_REPLACED

My family and I was at 'Ban Heng' @ The Cathay on 14/5/17 6pm celebrating Mother's Day. After we settled down on our tables, we decided to place our orders with one of the staff (A). We told them that we would want our soup to be served later and surprisingly she gave us a intense reaction which is totally unnecessary. At around 10 minutes later, the soup was served to us by another staff but we told her nicely that we told the other staff (A) that soup to served later. Than, staff (A) saw and she came over to our table speaking in Cantonese "aiya, other customer always order together with soup, why they want to get it served later?". She than left our table with a sarcastic look. After our 5th or 6th dishes, there is one commotion coming from the other table. It was a family of around 5-6 with an old granny who had difficulty walking (serious hunchback). The lady was asking the staff that why the staffs in Ban Heng is not clearing their used plate or neither serving them new plates. She added on "Why must i have to pay for service charge than?". So, she insisted that she would like to see the manager. However, the manager was still walking around in the restaurant acting like nothing had happened. Than, when the manager and staff were beside our table, we heard the manager saying in Cantonese "don't want to eat ask them to get lost". It was really shocking that someone as a manager would actually treat customer this way and what kept us in awe was that she actually said this in front of her other customers. Finally, the manager decided to slowly walk over to their table with an ipad on her hand. The manager than asked the lady "So, what happen and how?"

END_OF_DOCUMENT_TOKEN_TO_BE_REPLACED 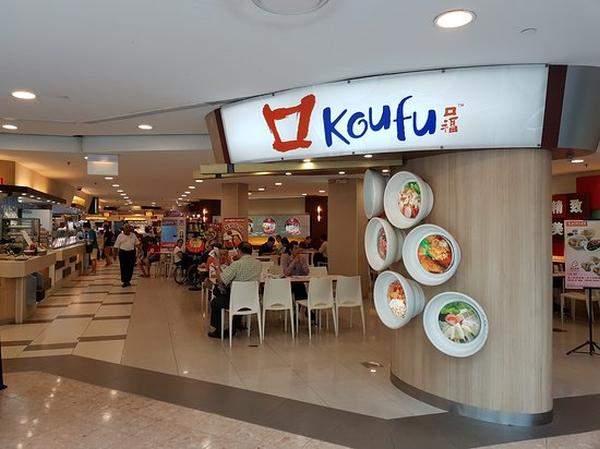 We refer to the article posted on your site that stated a rude Koufu staff had been rude and ignored a customer while pointing a finger at the said customer, we would like to update you the corrective actions taken. We have contacted the aforementioned customer over the phone. The Chicken Rice Stall is one of our tenants and we have given an immediate warning to the tenant. Both Koufu and the tenant agreed that the staff should exit due to substandard customer service, therefore, the tenant has been given some time to change the staff. The kind customer has accepted our apology and corrective actions. Meanwhile, our team will continue to improve further on quality standards in order to provide a better dining experience for our valued customers.