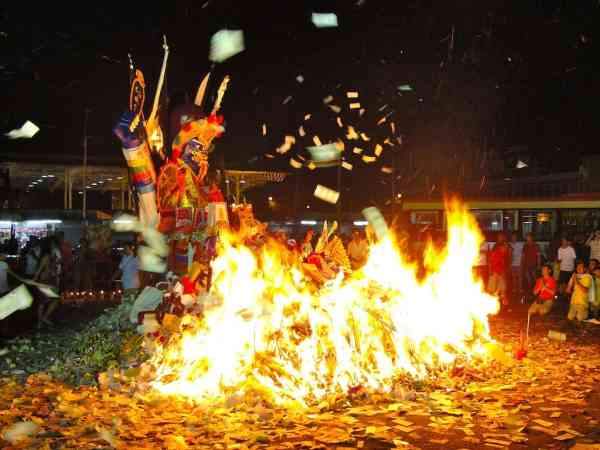 It is confirmed: The mass burning of incense and joss paper during Hungry Ghost festival in Singapore annually around August and September period has a measurable physical impact on the environment. That was what researchers here found after a five-year study and the results have been published in an academic paper titled, “Annual air pollution caused by the Hungry Ghost Festival“.

END_OF_DOCUMENT_TOKEN_TO_BE_REPLACED 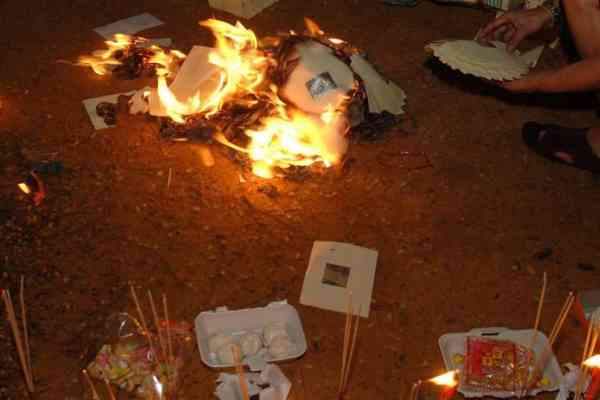 END_OF_DOCUMENT_TOKEN_TO_BE_REPLACED

AMOS YEE IS A HARDCORE RECALCITRANT, SOME REFORMATIVE TRAINING WILL WAKE HIM UP 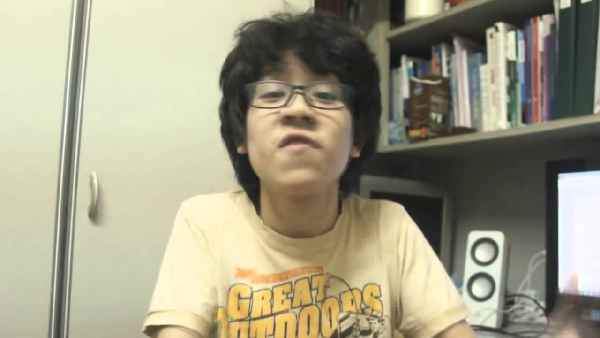 Ms Foo is absolutely right in her rebuttal against all these western liberal publications. Like what Ms Foo said, we need to guard our social peace jealously and make no apologies for it. We can’t allow people, even if they are teenagers to insult or offend the religious beliefs of others in Singapore.

END_OF_DOCUMENT_TOKEN_TO_BE_REPLACED

S’PORE ARCHBISHOP: CHURCH MUST WORK WITH GOVT TO “PREVENT MORAL DECADENCE” IN SOCIETY 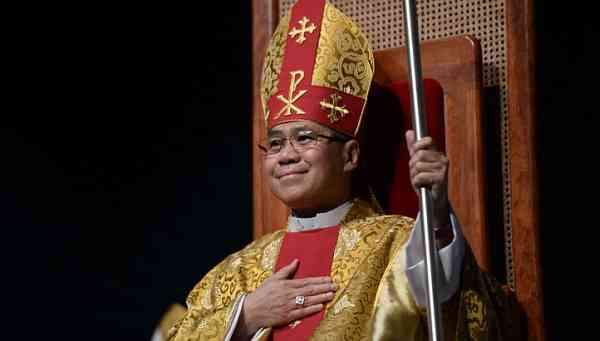 "We have a government that is secular but not secularised, as it recognises the important role that religions can play in the moral development of our peoples. We are truly grateful to her for championing religious harmony, which is especially crucial at a time when religious extremism is threatening the peaceful coexistence of peoples. Hence, it behoves the Church to work closely with the state and other religions to prevent moral decadence, to preserve families, to strengthen the marriage institution and to promote justice, peace and harmony."

END_OF_DOCUMENT_TOKEN_TO_BE_REPLACED

WHY SHOULD OTHERS ADJUST THEIR LIVES TO FACILITATE US MUSLIMS TO FAST? 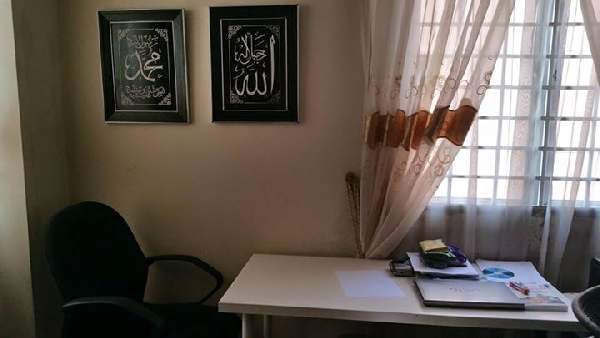 Why is it that many Muslims in Mesia nowadays demand to be "respected" just because they are fasting? Why the need to close school canteens during Ramadhan? Why must non-Malay pupils be asked to drink behind closed doors and even in the toilet? Just because our kids are learning how to fast? Well, aren't the non-Malay kids as well? The point is why must non-Malays adjust their life to facilitate us, Muslims Melayoos, to fast?

END_OF_DOCUMENT_TOKEN_TO_BE_REPLACED

NEW CITIZEN: LEE KUAN YEW IS BETTER THAN ANY GOD OR PROPHET 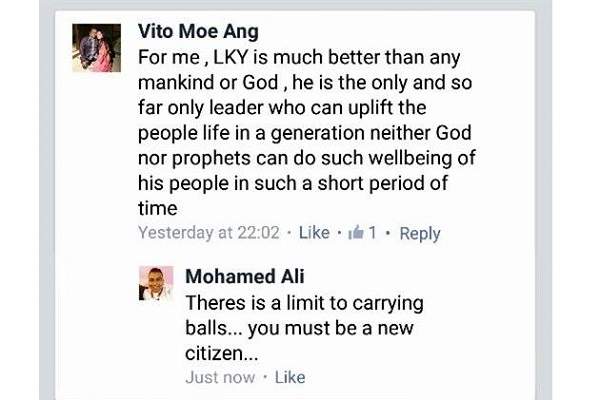 This LKY fanboy claim that all Prophets and Gods cannot compare to the late Lee Kuan Yew. Yes Lee Kuan Yew did some good things but we must realise he did many bad things too. We have to put things in perspective and not blindly worship a controversial man.

END_OF_DOCUMENT_TOKEN_TO_BE_REPLACED We may be the richest country and have built the best airport in the world. We will boast about our multiple achievements for the entire SG50 and go into an overdrive during the NDP week. However, we are just a hollow society, with a population without basic human decency, the ability to think right or the honor to protect the weak.

END_OF_DOCUMENT_TOKEN_TO_BE_REPLACED

PROPORTION OF MUSLIMS TO OVERTAKE CHRISTIANS IN SINGAPORE BY 2050 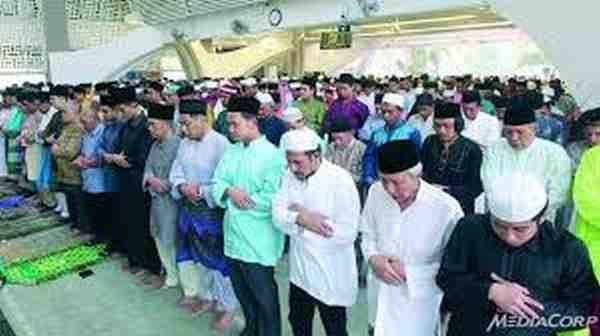 Washington-based Pew Research Center has released results of a poll which suggests that there are increasingly more religious people than free thinkers in the Asia-Pacific region, whereas North America and Europe are experiencing a decline in religious belief and a projected spike in the proportion of people unaffiliated with any religion. According to the report, The Future Of World Religions: Population Growth Projections, 2010-2050 published on Thursday, in Singapore, Islam and Hinduism are projected to make the highest gains, with Muslims replacing Christians as the second-largest faith group by 2050.

END_OF_DOCUMENT_TOKEN_TO_BE_REPLACED

This is a case between two people. Amos yee, a Singaporean and Edz Ello, a Philippine nurse in Singapore. Amos Yee made a statement about Lee kuan yew death and christian. He was arrested within 2 days and charged the following day However, Edz Ello made a statement about Singaporean and islam. He was fired from his job but still under investigation until now. It has been more than 3months since this incident happens.

END_OF_DOCUMENT_TOKEN_TO_BE_REPLACED

I AM GLAD THAT AMOS YEE WAS ARRESTED BY THE POLICE 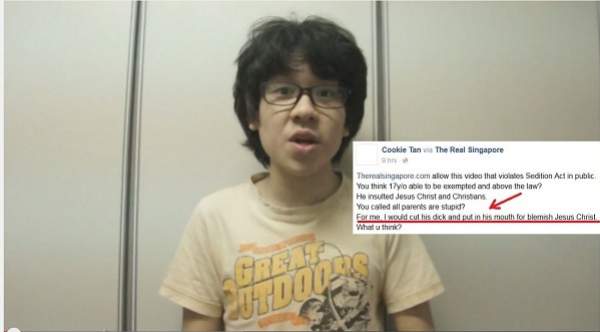 I am glad that the police have arrested Amos Yee and stopped him from causing any more harm to religious groups in Singapore. I was one of the people who made police reports against Amos Yee for insulting our Lord Jesus. Although Amos is young, the law very clearly states that he will not be allowed to make insensitive remarks about Catholicism, or any other religions at all. Today he insulted Lord Jesus, tomorrow he could insult the Prophet Muhammad.