Rats Having Buffet At Ang Mo Kio Rubbish Bin, Is This What S’poreans Get For Paying Conservancy Charges?

A resident was shocked to find a bunch of rats feasting by a rubbish bin at Ang Mo Kio. The bin was clearly overflowing with rubbish and had not been cleared for some time. This is not the first time it has happened in recent weeks. A few weeks ago, another resident posted a video of rats rummaging through rubbish at Pasir Ris. Is this what Singaporeans get despite paying conservancy charges? Why can't the authorities do their basic duties properly?

END_OF_DOCUMENT_TOKEN_TO_BE_REPLACED

NEA had received feedback on rat sightings at the food centre two times already this year. After investigations, they found rat droppings on top of the exhaust ducting at the food centre and a few burrows outside the food centre. The Tanjong Pagar Town Council was notified, so that proper follow up an rectifying of the problem can be carried out.

END_OF_DOCUMENT_TOKEN_TO_BE_REPLACED

RAT SPOTTED AT EATERY IN ANG MO KIO, NOT THE FIRST TIME IT HAPPENED 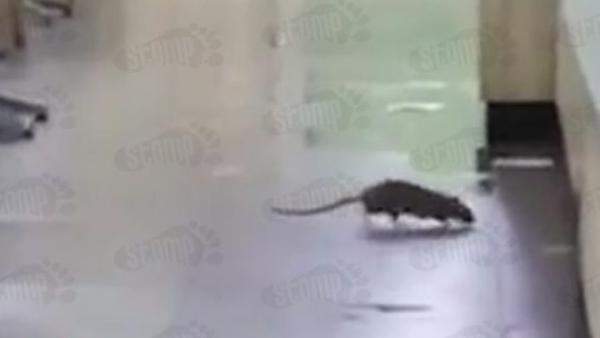 Rat alert at Ang Mo Kio station! Our reader sighted a rat scurrying around in an eatery inside the MRT station and said it is not the first time this happened. He said NEA was already aware of a similar problem last year and tried taking precautions. However, the problem has obviously not improved. He was concerned that the problem will only worsen, like how the rats may chew on MRT cables or cause other hygiene issues, and hope for authorities to take action. Do you think the problem will be resolved quickly? Next time rats cause train disruption then how?

END_OF_DOCUMENT_TOKEN_TO_BE_REPLACED 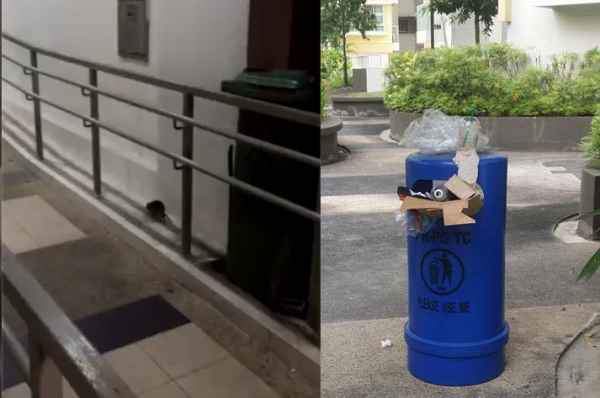 A rodent infestation is underway at Block 274C and 274B Punggol Place, Punggol Regalia, and a resident is blaming his town council for slacking off on the job. Showing a whole list of poorly maintained surroundings in the neighborhood, the netizen says that the Town Council in his area has not kept up the cleanliness in his estate.

END_OF_DOCUMENT_TOKEN_TO_BE_REPLACED

SINKHOLE APPEAR ON SG ROAD, SG IS SINKING TO OBLIVION! 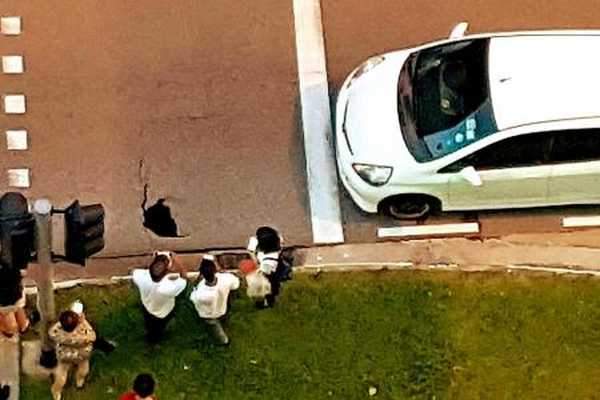 First the rats. Now comes the sinkhole. Singapore is sinking to the ground? Reports have confirmed that there was a sinkhole which is about 30 - 40 cm wide which opened up at a traffic junction in front of Edgefield Secondary School in Punggol. We know that there are lots of digging happenig in Singapore, to build MRT lines, new expressways, even shopping malls and buildings that houses underground carparks. Are these the reason rats have been driven up to the surface? And now, are we even safe anymore? Seeing that a sinkhole can suddenly appear on roads.

END_OF_DOCUMENT_TOKEN_TO_BE_REPLACED 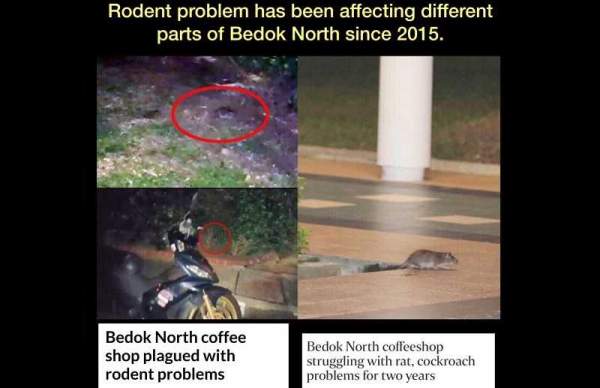 The rat problem has reared its ugly head in Bedok North again. This time, the "beneficiaries" of the Town Council's incompetence are residents of Blk 551 at Bedok North Ave 1 who have been battling fearless rodents for over six months. Residents there reported that these rats are so fearless that they scamper around in broad daylight unafraid of humans. One resident even found the seat and wire of his motorcycle chewed up by a rat.

END_OF_DOCUMENT_TOKEN_TO_BE_REPLACED

RATS ARE MAKING A COMEBACK, DISEASES TOO? 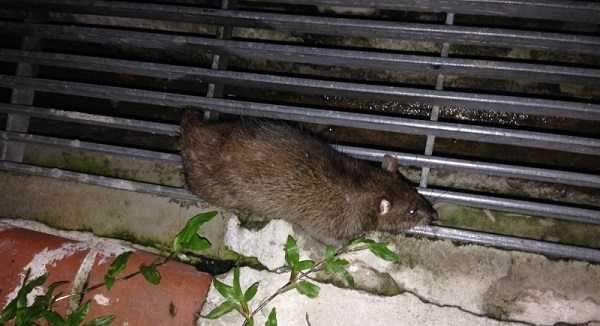 What is happening to Singapore? Bedok is not the only place where these huge rats can be found scurrying around. It seems they are everywhere, even in Orchard! Is it because of all the digging we are doing for the MRT lines, the shopping malls, and new expressways? These rats have no where else to go but upwards. Thus, we see more of them now. Hopefully, the authorities do something about this. We certainly don't want to go back to the old days when rats carrying disease are everywhere around us, and some of us might fall prey to them.

END_OF_DOCUMENT_TOKEN_TO_BE_REPLACED

BUKIT BATOK RATS ARE BACK WITH A VENGEANCE! Residents have reported seeing rats again, and the Choa Chu Kang Town Council, which is in charge of the affected estate, has also hired pest-control companies to tackle the infestation. However, residents said the measures taken by the pest-control companies were inadequate, as rat poison placed to kill the rats were often washed away by the rain. Residents have made several complaints to the Town Council, fearing a repeat of the December 2014 infestation near Bukit Batok MRT Station, in which more than 300 rats were found and killed.

END_OF_DOCUMENT_TOKEN_TO_BE_REPLACED

Mr Kelvin Yeo was eating at the Marina Bay Financial Center food court last Friday when a rat, who had become trapped in a glue trap, fell right in front of him.

END_OF_DOCUMENT_TOKEN_TO_BE_REPLACED

LEE BEE WAH: ITS NOT RATS RUNNING AROUND SPRINGSIDE PARK, THEY ARE HARMLESS SHREWS

Residents have reported seeing rodents in Springside Park. When NParks and their pest control team went down at night, they didn't see rats but shrews. They've explained to some residents that shrews are harmless to humans, and eat insects like cockroaches.