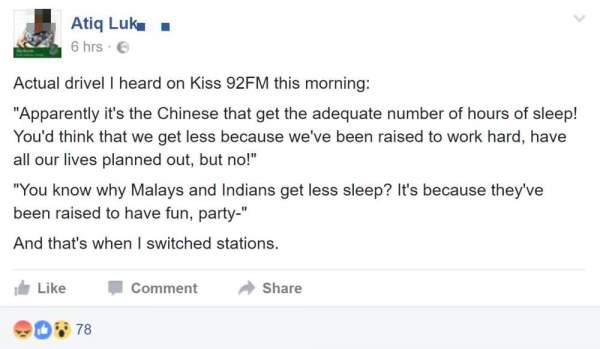 Local radio station Kiss 92FM is under flak after its morning radio djs Maddy, Jason and Arnold made racially insensitive remarks which stereotyped minorities in Singapore. Netizens were outraged at what they perceived as Chinese privilege in Singapore even though one of the radio djs involved is caucasian. The comments were made when the DJs expressed surprised at the latest sleep report claiming that most Chinese Singaporeans got enough sleep whereas minorities get less sleep. The DJs opined that Malays and Indian Singaporeans get less sleep because they were raised to have fun and party.