THE CURSE OF LEE KUAN YEW 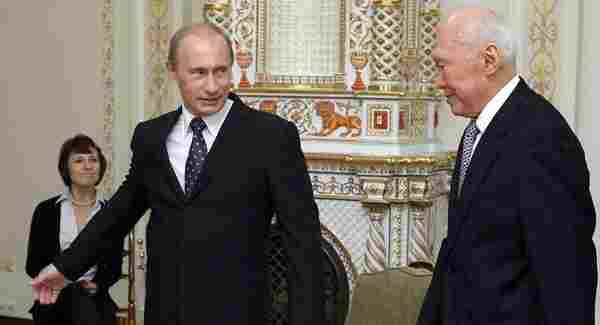 Lee Kuan Yew, who died Monday at 91, was in his final years more than a man: He was a myth, a global idea—an intellectual cult built around the idea that not all autocrats are bad; they can be enlightened philosopher-kings too, leading their countries to prosperity and power without the hassle of liberal democracy.

END_OF_DOCUMENT_TOKEN_TO_BE_REPLACED

SPINNING THE NARRATIVE, IGNORING THE FACTS

Soviet leader Josef Stalin once memorably remarked about his country that "it does not matter how people vote; it matters who does the counting". Mr Putin is continuing this tradition by assuming that facts are unimportant - the only thing that matters is who spins the narrative.

END_OF_DOCUMENT_TOKEN_TO_BE_REPLACED

President Vladimir Putin to transform Crimea into the Singapore of the Black Sea.

“I blew the dust off the book, ‘Singapore: From Third World to First’ by Lee Kuan Yew to have another read when I became minister,” Savelyev said in an interview in his office in the Economy Ministry in Moscow, where he was deputy minister before his promotion. “We will pursue Singapore’s model in Crimea, we’ll ensure a comfortable business environment there.”

END_OF_DOCUMENT_TOKEN_TO_BE_REPLACED

KISHORE MAHBUBANI: THE WEST MUST LEARN TO MANAGE DECLINE

So how should the West manage its decline? Three simple steps could make a big difference. First, end the ideological crusade of promoting democracy. Indeed, the Ukraine fiasco is a direct result of the West encouraging street protests instead of encouraging political compromise between the two camps. This reckless geopolitical behaviour was a direct result of the belief - to borrow the phrase used by the late Soviet leader Nikita Khrushchev - that "history is on our side". Actually, as the realist former US secretary of state Henry Kissinger wisely and subtly pointed out recently, it would be unwise to ignore vital Russian interests in Ukraine.