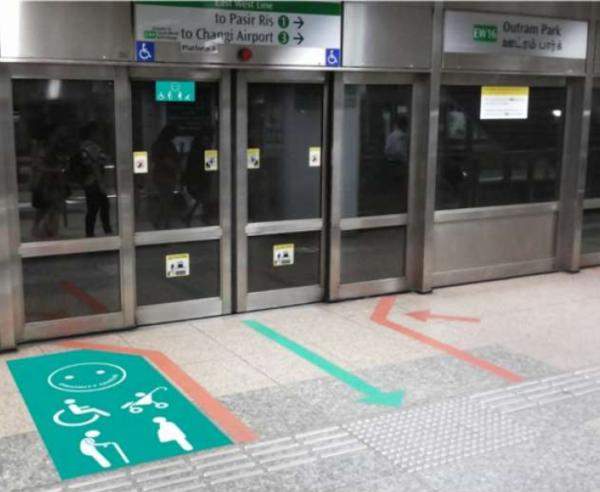 The Land Transport Authority (LTA) is working towards the implementation of Priority Queues at platform screen doors and passenger lifts of all MRT stations, pending public feedback. The Priority Queue will cater to needy commuters such as the elderly, pregnant and parents travelling with strollers to so they would be able to enter the trains and lifts first. The four stations and one interchange selected for implementation are Novena (North-South Line), Outram Park (East-West Line and North East Line), Chinatown (North East Line), Sengkang (North East Line) and Kent Ridge (Circle Line). The stations were chosen because of their proximity to hospitals as well as significant usage by the elderly.