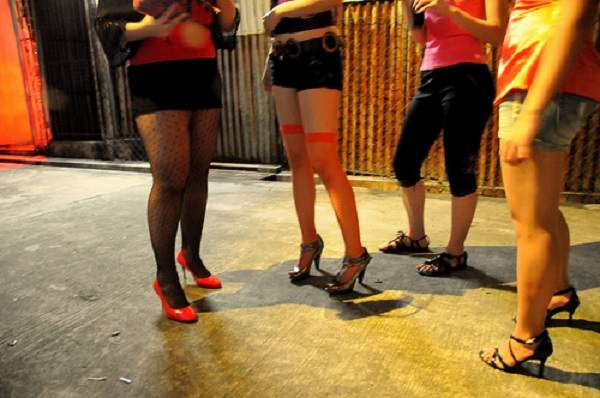 One day after the police conducted a sweep of the Geylang area for vice activities, which saw the arrests of 78 women on suspicion of vice-related activity, prostitutes re-emerged to line the streets and solicit for customers. According to Lianhe Wanbao reporters, although the police raid had temporarily ceased vice activity in the "13 Lorongs", as the red light district is known locally, prostitutes began to line the streets again just 24 hours after the raid.