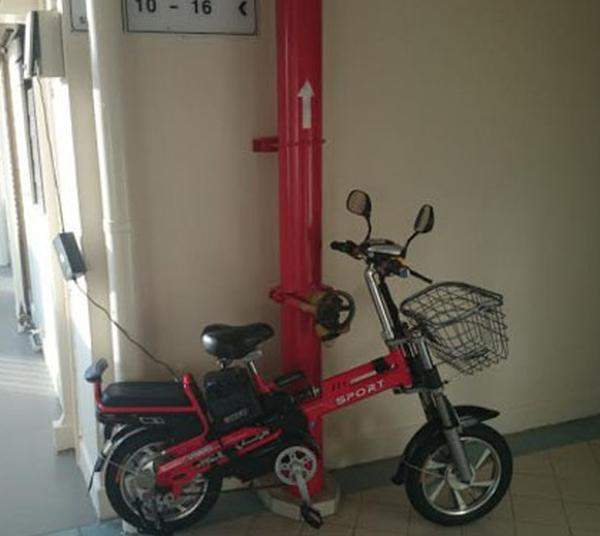 The court heard that Mr Ang was making a right turn from Pioneer Road North to Jurong West Avenue 4 at about 2.15pm on Dec 24 when he failed to give way to oncoming traffic. Mr Ang did not have a driver's license. A box truck was travelling from the opposite direction of Pioneer Road North, towards Ayer Rajah Expressway. It was on the leftmost lane of the three-lane road. The driver slowed his vehicle as he was approaching the junction as the traffic light was red. When the box truck was about 5 car lengths away, the light turned in his favour. The box truck driver then drove forward. It is likely that the presence of two MaxiCabs in the center lane have obscure both the view of the truck driver and Mr Ang. While the two MaxiCabs in the center lane managed to brake in time for Mr Ang, the box truck collided with the e-bike.