PRESIDENTIAL HOPEFUL SALLEH MARICAN IS BOARD MEMBER OF TEMASEK CARES 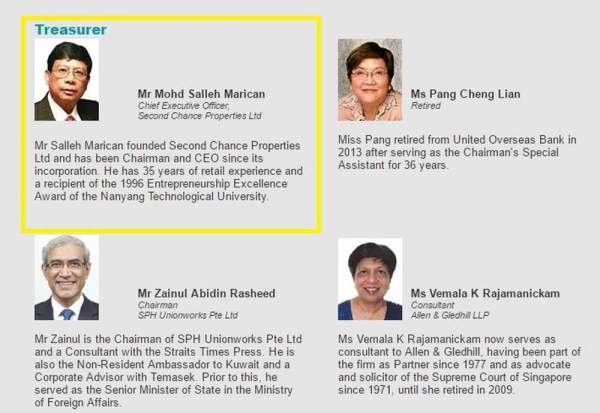 A member of the Malay Community wrote in about prominent businessman Mohd Salleh Marican's bid for the Elected Presidency. He noted that apart from building up his million dollar empire, Mr Marican also has a charitable heart. He is heavily involved in philanthropic activities and is a founding board member for Temasek Cares, a charitable organisation set up by Singapore's wealth fund GIC Temasek Holdings. PAP member Halimah Yacob was also a founding member together with Mr Marican.