Our reader saw an old man standing at the junction of the road this morning with his cardboard collecting trolley and lamented the high standards of living in Singapore. Nope, the old man wasn't exercising.

END_OF_DOCUMENT_TOKEN_TO_BE_REPLACED 5 vehicles collided along the PIE before the Paya Lebar exit towards Tuas, causing a massive jam which lasted over an hour. 2 out of 5 were taxis. It is uncertain what caused the collision but 3 women were injured and taken conscious to Raffles Hospital.

END_OF_DOCUMENT_TOKEN_TO_BE_REPLACED 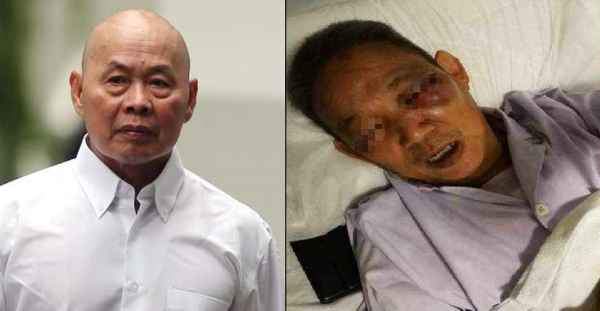 62 year-old Yue Kim Ming was charged in court today for assaulting a 69 year-old man along Hougang Avenue 7. He got into a dispute with the older man after beating a traffic red light along the road while riding his e-bike, which narrowly missed the older pedestrian.

END_OF_DOCUMENT_TOKEN_TO_BE_REPLACED

SCDF PUTS OUT 2 MORE FIRE IN SG. IS NUMBER OF FIRES INCREASING? 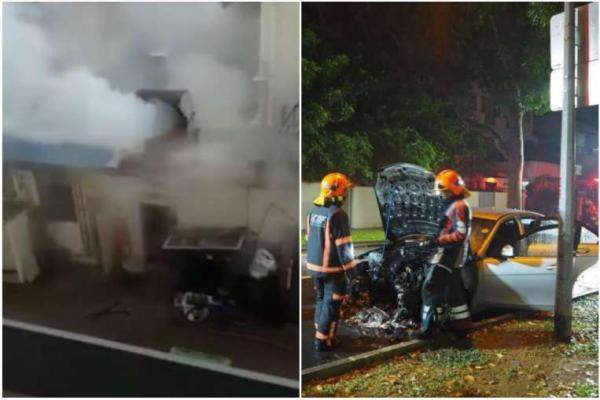 The latest two occurred in Paya Lebar and Westwood Avenue. In the Paya Lebar case, a fire broke out at a bakery at about 4:40pm, where SCDF officers put out the fire using one water jet. No one was injured in the fire at the bakery, named in reports as Jie Traditional Bread Bakery. Investigations are ongoing. In the second case, fire broke out outside The Floravale condominium at Westwood Avenue at about 7pm. News report indicated that it was a car which caught fire, and was put out by the SCDF. The fire involved an engine compartment of the car. No injuries were also reported.

END_OF_DOCUMENT_TOKEN_TO_BE_REPLACED

I bought a fresh punnet of strawberries from Cold Storage at Paya Lebar on saturday, the shop assistant had just put these on the shelves! When I opened the box on that day to give to my daughter for dessert, I found a mouldy and rotten strawberry. I am not impressed!! Please buck up on your quality control of your products especially fresh produce!

END_OF_DOCUMENT_TOKEN_TO_BE_REPLACED Every Sunday, Paya Lebar and Lucky Plaza have become a 'flesh market' for thousands of Banglas to gather, stalk, prey and pick maids for their lust and sexual desires. Also check-out every Sunday at the East Coast Park, Carpark D, Banglas and maids pitch tents for their 'sex love nests’ for their immoral activities. Right in a public recreational park and beach areas that are meant for family outings. I am sure making love in a public area is a punishable offence. The open space between Kallang Airport Drive and Kallang Airport Way is littered with couples