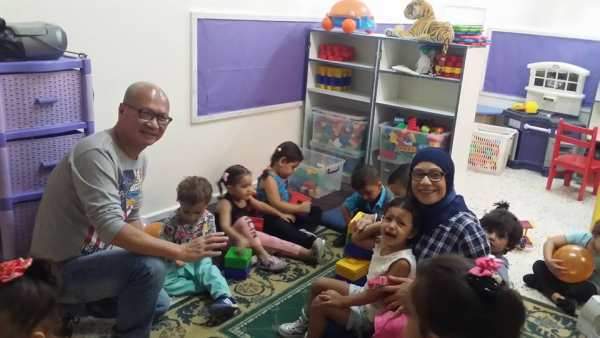 Had a very interesting time spending half a day interacting with the refugee children at Shatila camp Beirut yesterday. They appear happy and contented when classes resume after a one-week Haji break. The classes are managed by the Palestinian NGO based in Beirut - National Institution of Social Care & Vocational Training. Most of the teachers are refugees themselves. Sometimes you find tears rolling down your cheek unknowingly when you move around the centre - its that emotional. It only takes USD $150 to sponsor a refugee child per annum to ensure that he has a decent pre school education before he ventures into the government school. We have so far collected close to $3000.

END_OF_DOCUMENT_TOKEN_TO_BE_REPLACED

Israel is now bombarding our Muslim brothers and sisters in Palestine with a disproportionate use of force. As Muslims, besides praying for our Muslims brothers in Gaza, we can take firm but legal actions to condemn Israel's actions. Even though Islam is a religion of peace, we can still take strong action to show our disagreement in an Islamic way. We can boycott Jewish products and services when possible and this will send a firm message to Israel that their use of force in civilian populated areas is condemned by the World.

END_OF_DOCUMENT_TOKEN_TO_BE_REPLACED

Israel's security cabinet on Tuesday accepted an Egyptian ceasefire proposal, a government spokesman said, after a week of the deadliest violence in and around Gaza in years. "The cabinet has decided to accept the Egyptian initiative for a ceasefire starting 9am today," Ofir Gendelman, spokesman for Prime Minister Benjamin Netanyahu, said on Twitter.