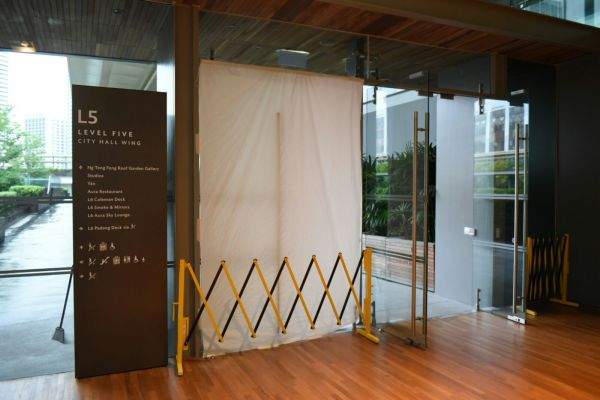 A glass door on the fifth level of the National Gallery shattered yesterday afternoon at about 4:50pm. Due to the shatter, one visitor had a minor abrasion on his right hand and received first aid from the staff. Investigations are currently underway, and the area where the glass door shattered has been cordoned off and covered with a white sheet. The public is still able to access the Ng Teng Fong Roof Garden Gallery, Yan and Smoke & Mirrors exhibits through the adjacent glass doors.

END_OF_DOCUMENT_TOKEN_TO_BE_REPLACED Commander of the Singapore Army’s 9th Division BG Chiang Hock Woon is in charge of the situation at the Padang as people queue to pay respects to Mr Lee Kuan Yew. Since the gun carriage procession, he has been answering questions and ensuring everyone in the queue has adequate space, and says he has had only 2 hours of rest.

END_OF_DOCUMENT_TOKEN_TO_BE_REPLACED

Plans by Touch Family Services to hold a gathering to celebrate the concept of family on the same day as a picnic for gay rights have fallen through. Supported by several religious groups, the event was originally named Red Dot Family Moment and was slated to be held at the Padang on June 28, the same day as the Pink Dot picnic in Hong Lim Park. The voluntary welfare organisation had called on members of various faiths to turn up at the venue dressed in red in a show of support for the family. However, the Urban Redevelopment Authority rejected its application last month to hold it at the Padang and Touch said yesterday that it was cancelling the event.