FIRE IN BUILDING OPPOSITE IMM CLAIMED ONE LIFE 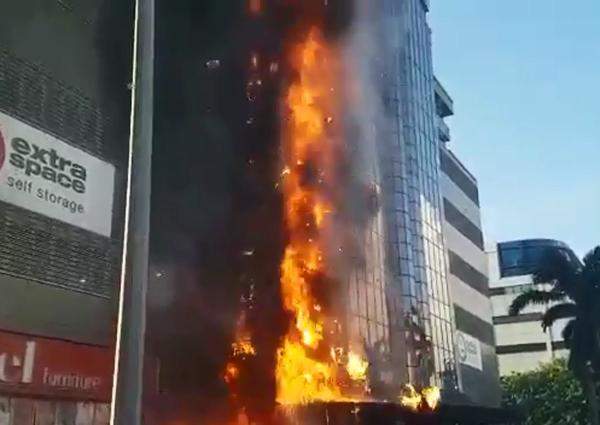 Unfortunately, the fire that broke out in the building opposite IMM in Jurong East this morning has claimed one life. A 54 year old woman, identified in news reports as Madam Neo Siew Eng, has succumbed to her injuries she sustained, having been pulled out of the burning building by SCDF. She was unconscious when she was taken to Eng Teng Fong General Hospital, but was pronounced dead there. Police had also reported that 50 people had been evacuated from the burning building. SCDF managed to get the fire under control within 40 minutes.