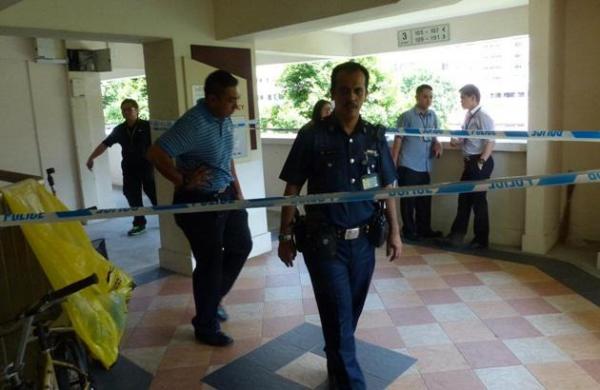 A chilling murder involving an 80-year-old suspect — one of the oldest Singapore has seen — and the 54-year-old daughter-in-law he lives with rocked the Tampines Street 43 neighbourhood yesterday. When Madam Ong Guat Heng’s daughter discovered her mother’s blood-drenched body at home shortly after 10am yesterday, the suspected assailant, her grandfather, was already heading towards Bedok North Neighbourhood Police Centre, where he was arrested