A woman was seen walking completely naked in Bedok, oblivious to people around her.

END_OF_DOCUMENT_TOKEN_TO_BE_REPLACED

NUDE BREASTFEEDING SHOULD NOT BE ALLOWED IN PUBLIC, WHY CANNOT DO IT WHEN HOME? 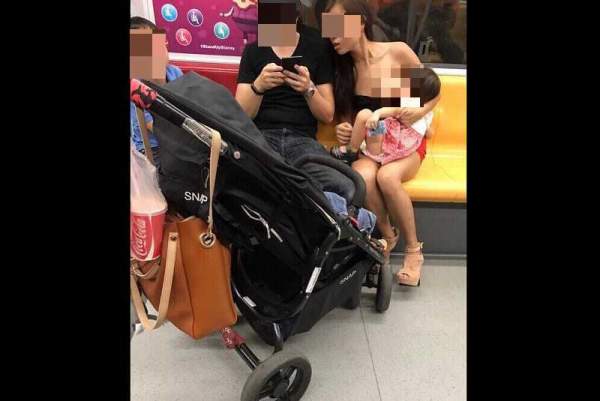 Please see the attached photo. Since when are people allowed to breastfeed on MRT train? What if there are kids or teenagers around?! We cannot allow this sort of western liberal behavior in Singapore. Nudity of any sort should not be allowed in public. If she want to breastfeed her child, why cannot wait until go home?

END_OF_DOCUMENT_TOKEN_TO_BE_REPLACED

Indonesia banned the popular video sharing site Vimeo, saying it contains nudity, which officials in the world’s most populous Muslim country consider to be pornographic material. Information and Communication Minister Tiffatul Sembiring said in a statement yesterday (May 12) that he made the decision after receiving complaints from the public. He said the site content was against Indonesia’s anti-pornography law. He said that his ministry’s found nearly 15,000 videos tagged with words related to nudity and ordered all Indonesia-based Internet service providers to block the New York-based site.