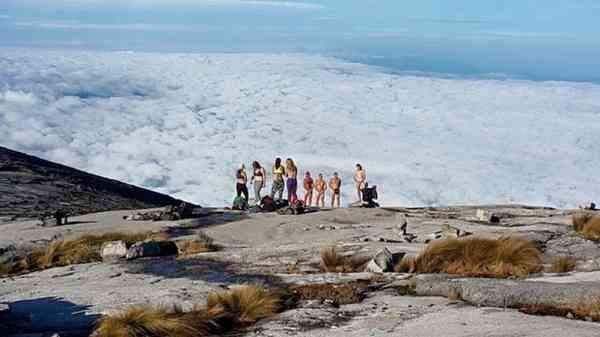 I'm frankly getting quite p*ssed off with the level of dumbassery in Malaysia because of this whole "naked-on-the-mountain" fiasco. They're saying because some foreigners ran around on top of the mountain without their underwear on, the spirit of the mountain got angry and retaliated by causing a f**king massive earthquake. A bunch of dudes and kids died, and so now they're saying that the big bad white tourists should be held responsible.