Racist Ngee Ann Poly Lecturer Who Is Against Mixed Race Marriages Talked Bad About The Quran In Class?!

Just last week, the video of this racist xiao lang scolding a mixed-race couple for being racist was trending. Some of the ridiculous things he said included “I think it’s racist that Indians prey on Chinese girls!” and “If you are proud of your own race you should go find …

END_OF_DOCUMENT_TOKEN_TO_BE_REPLACED

An Open Letter About NPee Students: Golden Shower is a fetish. Google it.

END_OF_DOCUMENT_TOKEN_TO_BE_REPLACED 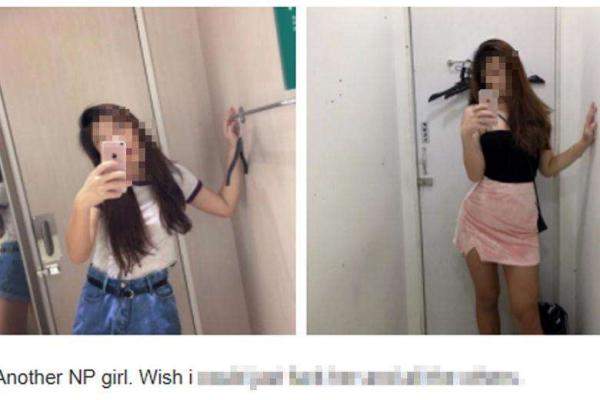 A police report have been lodged by the Ngee Ann Polytechnic after their female students had found photos of them posted on their own social media stolen and re-posted with lewd captions on micro-blogging platform Tumblr. The female students were posing dressed in shorts, yoga pants, bikinis and dresses. Thirteen Ngee Ann Poly students were affected. The school immediately filed a police report against the blog once they were made known to the school. It was not clear why NP students were targeted. One of the victims was reported to say that the photos were posted on their own social media accounts for their own use, and not for some perverts to take the photos and make offensive remarks about them.