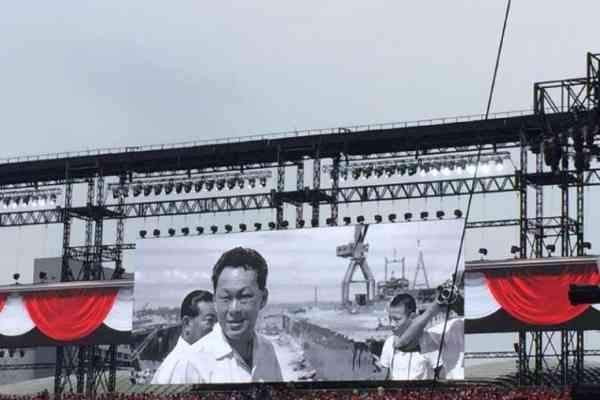 As a video tribute to former Prime Minister Lee Kuan Yew played on screen, parade-goers at the Padang fell into a solemn silence. Since the first National Day Parade (NDP) in 1966, the late Mr Lee Kuan Yew had attended every NDP - his appearances were met with standing ovations for the past few years.