TWO RESTAURANTS STILL AFFECTED BY T2 FIRE, NOT ABLE TO OPEN YET The fire at Changi Airport may have been put out along time ago. The operations at the Terminal 2, where the fire broke out, had also resumed as per normal. Many people have had their say on the fire, and how well or otherwise they were handled, and why such a small fire can cause so much smoke. But for two restaurants on the third floor of the T2 building, they have not been re-opened yet. The two restaurants, Nando's and Chutney Mary Indian Fast Food, are still dealing with the fallout of the fire and evacuation of the T2 building.

END_OF_DOCUMENT_TOKEN_TO_BE_REPLACED

NANDO’S GIVES EX INMATES JOBS, WHY ARE OTHER COMPANIES SHYING AWAY? 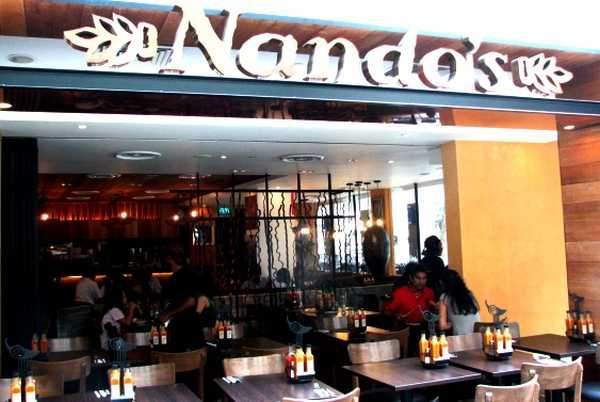 Nando's should be roundly applauded for doing their part in giving second chances to these group of people. We often see advertisements shouting at us to give them a second chance. We all agree that they should be given a second chance in life. But how many of us actually act on this? How often you go for a job interview, and you have to declare if you had ever served time in a Prison. You know that when you put "Yes" to that question, you will definitely be viewed differently. Maybe, this is the difference between you getting that job or being told your application was unsuccessful.

END_OF_DOCUMENT_TOKEN_TO_BE_REPLACED A restaurant chain known for its flame-grilling humour has sacked one of its employees for using vulgar language in a receipt to customer. Nando's came to the decision after a photograph of the receipt issued by Nando's IOI City Mall branch on May 17 was shared widely on social networking sites.