END_OF_DOCUMENT_TOKEN_TO_BE_REPLACED

Opinion: The Workers Party Should Develop “One Service” App For Its Town Councils

On 10 July 2020, residents of Sengkang GRC voted for The Workers Party (WP) to represent them in Parliament and also to handle their municipal matters. PAP has a Municipal Office App called "One Service" where residents can take photographs and report such matters for action. I am of the opinion that PAP will make it difficult for residents to highlight such matters by directing the residents to report directly to WP. May I suggest that WP designs a similar app to report municipal matters for Aljunied & Sengkang GRCs and Hougang SMC so that residents in their respective WP Town Councils can submit cases to for prompt action. I hope WP will implement this humble suggestion of mine.

END_OF_DOCUMENT_TOKEN_TO_BE_REPLACED

I read with amusement about the recent "no playing of chess" posted by MPTC. I wondered, is this the direction we are going in the management of estate by Town Councils across the island? Are posters vetted by MPs or the grassroots "leaders" making such decisions?

END_OF_DOCUMENT_TOKEN_TO_BE_REPLACED 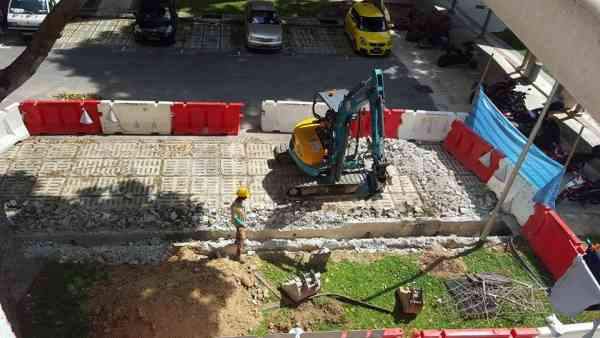 Town council digging is the reason for dengue clusters in Tampines! STOP DIGGING!! Sometimes not even 2 months dig closed, dig.. Go on for years and always the same spots.The minute they started digging, we get bitten by mosquitoes n my son has high fever, went to the hospital and was suspected dengue.

END_OF_DOCUMENT_TOKEN_TO_BE_REPLACED 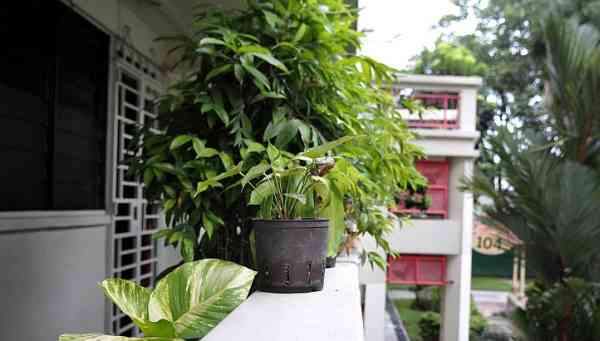 I am a resident of your ward. Are you aware of what your town councils guys are doing over here at Fernvale today? I know it's only right to give reminders that the spaces at the stairwells shouldn't be abused and bicycles, flower pots or anything that block the way should be removed. However the way of getting the message across is a tad insensitive and to put it lightly, DUMB!

END_OF_DOCUMENT_TOKEN_TO_BE_REPLACED 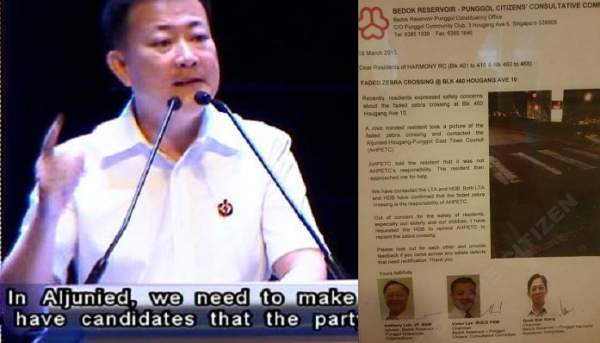 If you look closely at the Citizens' Consultative Committee, it is helmed by Chairman Victor Lye, the man who recently was spotted distributing flyers discrediting WP in Aljunied GRC. It is strange that despite being the CCC's Chairman, Victor Lye is oblivious of the correct channels to solve this zebra crossing "problem". If you recall, in January 2015, Minister Grace Fu launched the OneService mobile application which allow members of the public to send feedback over estate cleanliness, infrastructure and other municipal issues to the Government.