The fire that broke out at a McDonald's restaurant in Bedok North was believed to be an act of mischief, and resulted in staff and customers having been evacuated. It was understood that the fire started at the toilet in the fast food outlet.

END_OF_DOCUMENT_TOKEN_TO_BE_REPLACED

MAN SWOPPED TAG OF HUNDREDS OF LUGGAGE, FOR NO REASON

He was believed to have started his acts of mischief on November 8 last year, when he swopped the baggage tag of a Penang-bound piece of luggage with another bag. The baggage tag had a serial number indicating that the Penang-bound bag was supposed to be transported on a Singapore Airlines flight. It was not made known Tay's motive for carrying out the acts. Tay is believed to have subsequently swopped around baggage tags almost every day for three months until this February. These bags were heading to places such as Hong Kong, Manila, London and Perth. Besides Singapore Airlines, they were also supposed to be transported on carriers such as Silkair and Lufthansa.

END_OF_DOCUMENT_TOKEN_TO_BE_REPLACED

MAN CHARGED IN COURT FOR STICKING TOOTHPICKS ON BUS SEATS

The man who allegedly stuck toothpicks into the bus seat with the sharp end pointing outwards was charged in court today with four counts of mischief, causing over $1,300 in damage. He is said to have committed the offences four times between July and August, on board SBS Transit bus service number 123M as it was travelling along Lower Delta Road.

END_OF_DOCUMENT_TOKEN_TO_BE_REPLACED 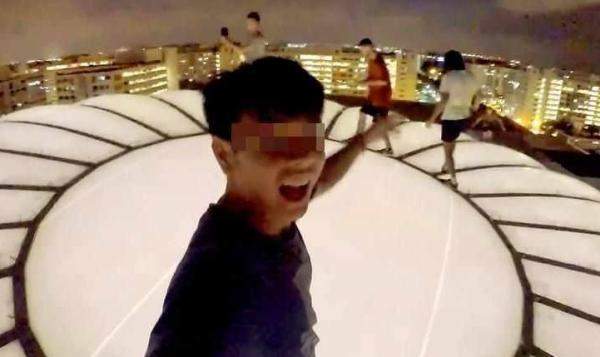 Parkour practitioner Koh Chen Pin aka Denester has apologised for recklessly climbing the glass roof of Simei's Eastpoint mall. He has removed the video of him and other parkour enthusiasts performing stunts on top of the roof but someone has nevertheless lodged a police report against him. The police are investigating.