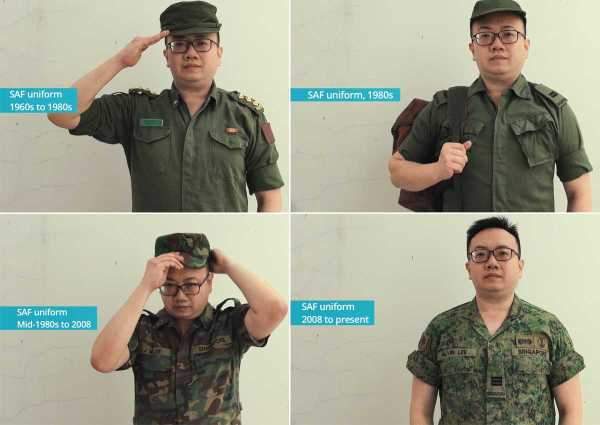 Mr Alvin Lee, a 35 year old teacher, has been collecting the military paraphernalia for over two decades now. Among his collections are the first generation Temasek Green SAF combat uniform to the currently-used one with a pixelated design. Although he does keep and collect military stuff from other countries such as Japan, Germany and UK, he indicated that the most important ones are the Singapore military stuff, as he wants to keep Singapore's military history alive.