In a Tampines GRC rally about the environment issues, Masagos Zulkifli said that Singapore's Prime Minister is Lee Hsien Yang.

END_OF_DOCUMENT_TOKEN_TO_BE_REPLACED

Taking a break away from the 38 Oxley Road dispute, there is another heritage that is going to be vanished from Singapore which is Sungei Road. Singapore is aggressively marketing its heritage but is letting go an authentic piece of cultural history. Sungei Road will close its final chapter on July 10 after 80 years of existence.

END_OF_DOCUMENT_TOKEN_TO_BE_REPLACED 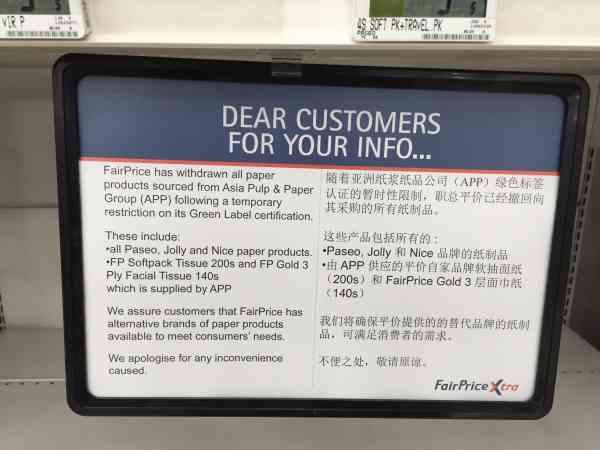 NTUC Fairprice has announced today that it would be pulling all paper products sold by Asia Pulp & Paper Group (APP). This follows the Singapore Environment Council (SEC) announcement that it would institute a temporary restriction on the use of the "Singapore Green Label" certification for the Indonesian paper firms' products. All APP-related products, including those from Paseo, NICE and Jolly, will be pullled by 5pm today.

END_OF_DOCUMENT_TOKEN_TO_BE_REPLACED The Ministry of Environment and Water Resources will be installing smart sceens at all the lift landings of all public housing blocks. The screens will provide useful information on transport and weather for the community such as projecting information on bus timings, weather conditions and community events within each precinct. Speaking to reporters on the sidelines of the Internet of Things (IoT) Asia conference, Dr Balakrishnan said the move was meant to foster greater cohesion among residents.

END_OF_DOCUMENT_TOKEN_TO_BE_REPLACED

SINGAPORE IS INFESTED WITH RATS? 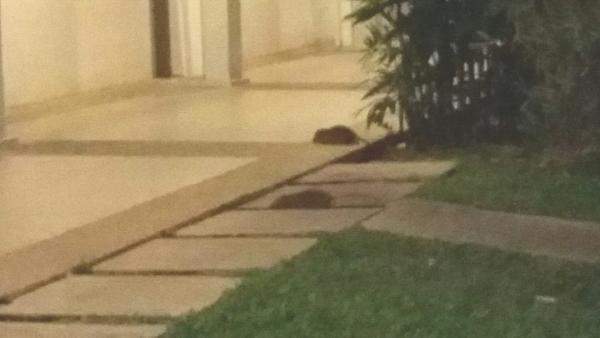 There are at least 5 rat holes along the bushes near Buangkok MRT station. According to residents, they have spotted rats scurrying around the area in recent months. One 16 year old resident Miss Yang was horrified to discover that a rat was hiding in a corner in an elevator that she was taking. She had to frantically hit...

END_OF_DOCUMENT_TOKEN_TO_BE_REPLACED

ANOTHER SINGAPOREAN DIES FROM DENGUE A 69-year-old Chinese man has died from dengue, becoming the fifth person to die of the disease this year. The patient, who lived at Chuan Terrace, an active dengue cluster, was admitted to Mount Alvernia Hospital on Monday. His condition deteriorated and he died yesterday, said the Ministry of Health (MOH) and National Environment Agency (NEA) in a joint press release.

END_OF_DOCUMENT_TOKEN_TO_BE_REPLACED

Kids can also learn programming skills from online communities and YouTube videos, he said. In a Cashew Constituency Edusave Awards Presentation Ceremony in January, he brought in techies who taught kids and parents how to make simple robots. He is also considering a Makers' Fair around mid-year to expose his constituency to made-in-Singapore technologies. "If I can learn to program, many out there can probably do it too. If we give our children the right tools, it will blow our minds as to what they can do."

END_OF_DOCUMENT_TOKEN_TO_BE_REPLACED

A computer system developed by Singapore to monitor the haze and identify culprits behind fires has also been stymied by Indonesia's inability to provide maps that can pinpoint who is responsible for the land plots where the fires occur. Speaking to the media after the meeting, Singapore's Minister for the Environment and Water Resources Vivian Balakrishnan said he was "frustrated at the very slow pace of progress" and "disappointed at the lack of transparency".