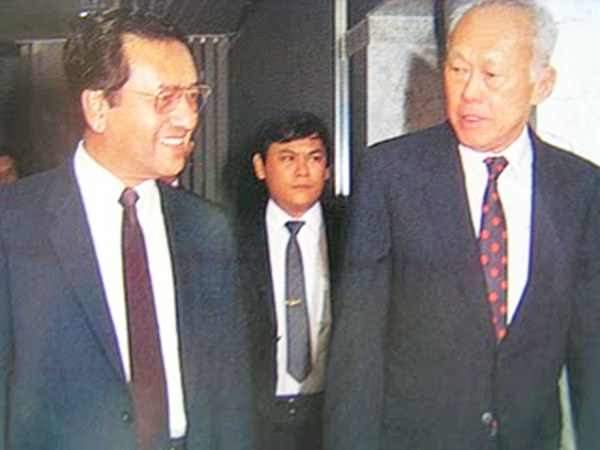 END_OF_DOCUMENT_TOKEN_TO_BE_REPLACED

Dr Mahathir: They can call me what they want, I wouldn’t have sued Malaysiakini

Wading into the row perceived as an attempt to muzzle the media over government reports, the former prime minister conceded Najib had the right to use the existing laws to defend his reputation. “Ya, it is right,” Dr Mahathir replied when asked by reporters if the sixth prime minister was right in suing for defamation. Despite that, the 88-year-old insisted he would not have taken the same action as Najib. “I don't, I won't sue. They call me anything also, they can,” he said. “This is politics. In politics, you get cursed. That’s alright,” added Dr Mahathir.

END_OF_DOCUMENT_TOKEN_TO_BE_REPLACED

Malaysian Prime Minister Najib Razak Tuesday launched legal action against a leading independent news website known for its often harsh criticism of the long-ruling government, the portal said. Malaysiakini.com said Mr Najib's lawyers served it with court papers on Tuesday, claiming he and his ruling United Malays National Organisation (UMNO) were defamed by reader comments published by the portal last month. The comments questioned Mr Najib's leadership, and alleged corruption in UMNO's 57-year-old government. Such criticisms are routine in the site's reader comment section. Mr Najib, who had first threatened legal action in mid-May, is seeking damages, an injunction against further defamatory content and an apology from the website.

END_OF_DOCUMENT_TOKEN_TO_BE_REPLACED

Prime Minister Najib Razak has threatened to sue Malaysiakini for the news portal's publication of its readers' comments concerning his handling of the political crisis in Terengganu which erupted early this week. Najib's legal action was initiated in his personal capacity and jointly with Umno through law firm Hafarizam Wan & Aisha Mubarak.