I am so proud of our LionsXII team for clinching the Malaysia FA Cup after their thrashing of the much fancied Kelantan side. The win is more sweet because LionsXII achieved this victory with all homegrown true blue Singaporeans. They did not rely on expensive foreign imports and this win is more meaningful to most Singaporeans.

END_OF_DOCUMENT_TOKEN_TO_BE_REPLACED 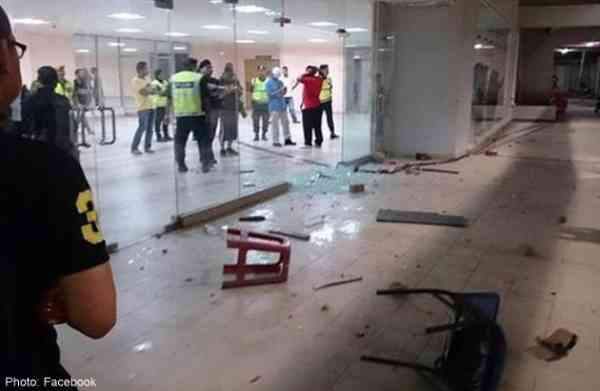 LionsXII players and their fans from Singapore were stranded for five hours on Saturday after Terengganu fans turned violent over their team's failure to qualify on Saturday for the Malaysian FA Cup final. According to Bernama about 15,000 rioting Terengganu fans broke glass doors at the stadium and burned an ambulance stationed at the stadium compound. The fans also hurled stones at Terengganu Chief Minister Ahmad Razif Abdul Rahman's car outside the stadium.