I am sick and tired of the traffic jams during morning peak hours along Orchard and Shenton Way area, the reason being is that there are just too many buses there! They are occupying the whole left lanes and most of the high demand bus services just drop passengers off at the second lane! LTA should look into our bus routes thoroughly and withdraw duplicating bus services and also stop spamming or deploying too many buses on a particular route.

END_OF_DOCUMENT_TOKEN_TO_BE_REPLACED

WOMAN CAUGHT FOR RIDING ON ROAD WITH CHILD ON ESCOOTER 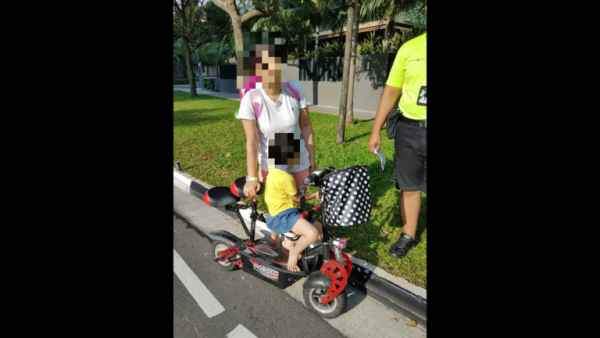 A woman riding an e-scooter with her child in tow on a busy road along Edgefield Plains was stopped by Active Mobility Enforcement Officers from the Land Transport Authority (LTA) during a routine enforcement operation.

END_OF_DOCUMENT_TOKEN_TO_BE_REPLACED

UNFAIR TO ALLOW CHEAPER JB BIKES TO BE USED AS DELIVERY VEHICLES? 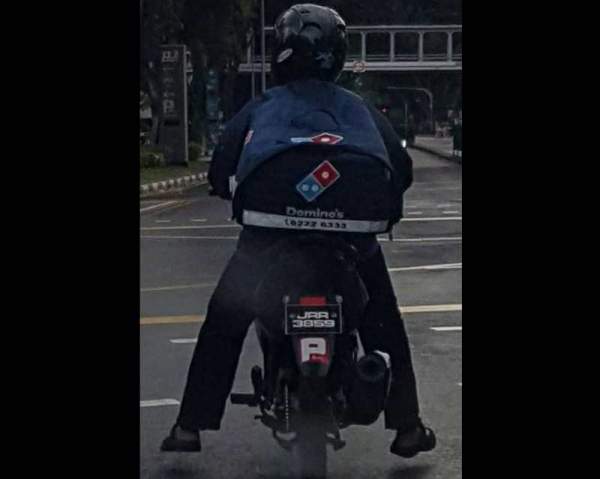 How to compete if LTA allow JB bike which only cost less than our COE to operate here. What if an accident happens and 3rd party insurance claim state for JB bike does not cover for commercial usage. Who should we claim from? Bottom line is how LTA set rules for our people to be competitive if COE is so high. Bosses are looking only at their profits. No bosses will care how it is done. Only LTA can regulate this.

END_OF_DOCUMENT_TOKEN_TO_BE_REPLACED 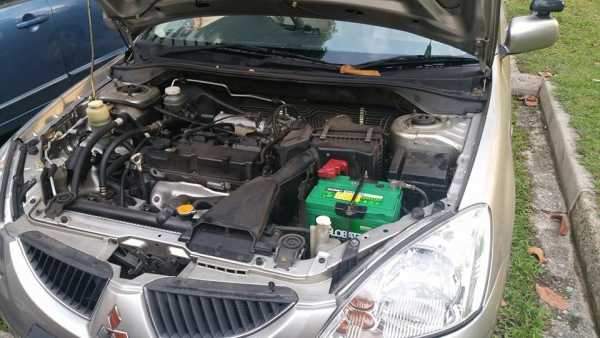 With the NEA indicating that the there will be no let up in the heavy rain as we head into the end of January, there will be more instances of flash flood occurring in places you would not normally associate with flooding. And nowadays, with drivers behaving as if they are all kings and queens of the road, expect more impatient drivers on the roads, especially with jams expected on major roads and expressways due to the inclement weather. Nowadays, you hear more instances of car breakdowns on roads everywhere. Is it because the cars nowadays are not as hardy as they were before, or road users simply became too lazy to do proper maintenance of their cars?

END_OF_DOCUMENT_TOKEN_TO_BE_REPLACED 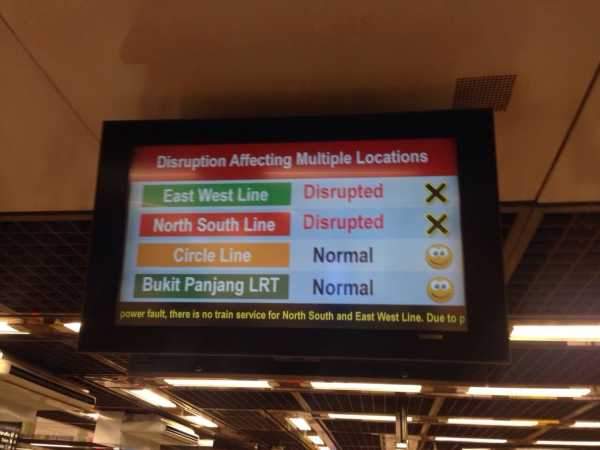 LTA has just announced that the speed limit for the MRT trains on the East West line will be increased back to 80kmh, back to the normal speed before the works for the sleeper replacement project commenced. Now that the works are over, the MRT trains can move back up to a faster speed. Maybe this will help finally to ease the congestion on the trains every morning, as people rush off to work. But, with the spate of latest breakdowns that has tarnished the MRT image for the past five years, hopefully the higher speeds does not mean more breakdowns coming our way.

END_OF_DOCUMENT_TOKEN_TO_BE_REPLACED

VAN DRIVERS ALSO CAN BE PIRATE TAXI, LTA SLEEPING OR WHAT? 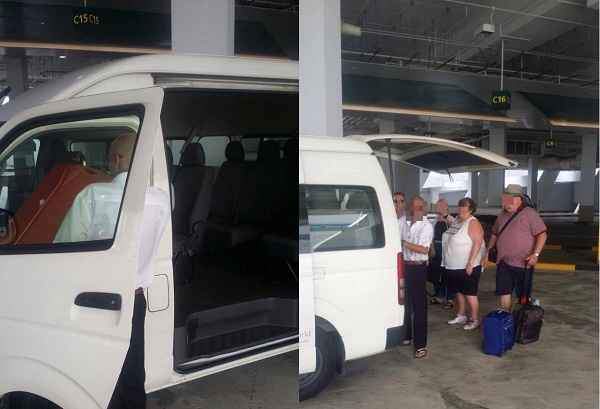 According to the reader, who is a taxi driver, he says that he confronted the van driver, who told him arrogantly that he had been approved by the Land Transport Authority. He then proceeded to load his tourists' baggage and ferry them to their destinations.

END_OF_DOCUMENT_TOKEN_TO_BE_REPLACED

MRT DELAYS THING OF THE PAST? MRT LINES GETS NEW SIGNALLING SYSTEM AND SLEEPER REPLACEMENT 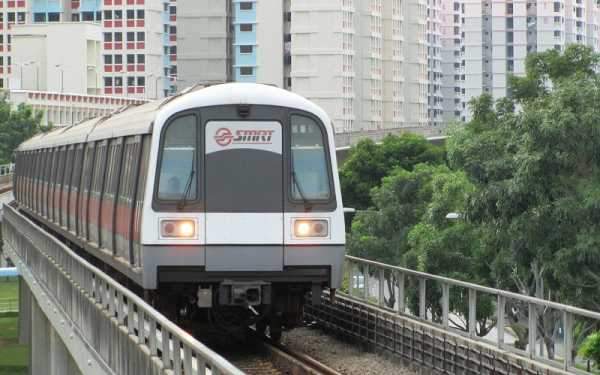 Transport Minister Khaw Boon Wan just officiated on the completion of the replacement of the MRT sleeper replacement programme. This is for the East West Line and the North South Line. The project, which involved replacing timber track sleepers with hardier, concrete ones, started in August 2013 and was completed in December last year. Minister must be happy, his project finally completed. The LTA also took the opportunity to announce that they will implement a new signalling system on the North-South Line progressively from March this year. This will ensure trains run at faster intervals. Could this be the solutions to packed MRT trains during peak hours? So, will we see any more teething problems on our old and creaking MRT lines? If not wrong, the newer MRT lines which are not supposed to be creaking also have many many problems. Delay due to MRT is almost a normal thing now.

END_OF_DOCUMENT_TOKEN_TO_BE_REPLACED From 15 Feb 2017, all foreign-registered cars will have to pay a Reciprocal Road Charge (#RRC) of S$6.40 per entry when they enter Singapore via the Tuas or Woodlands Checkpoints.

END_OF_DOCUMENT_TOKEN_TO_BE_REPLACED 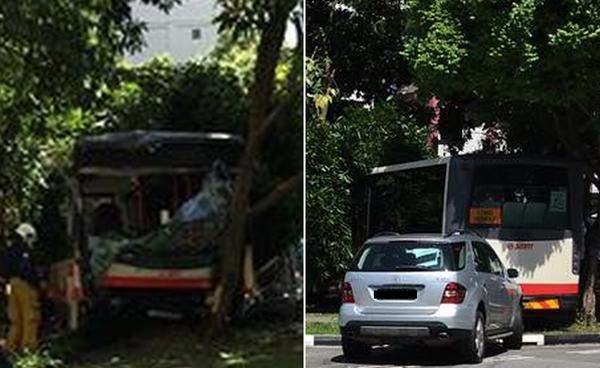 I want this post to go viral and shame SMRT and also make sure LTA punishes SMRT! SMRT's training regime has gone down by millions, their bus and taxi Drivers can't even drive properly! Take a look what's has happened, just last Friday an SMRT bus rammed into an SBS double decker and the lamp post at Bukit Merah Interchange and just earlier today, another of their bus crashed at Yew Tee!

END_OF_DOCUMENT_TOKEN_TO_BE_REPLACED 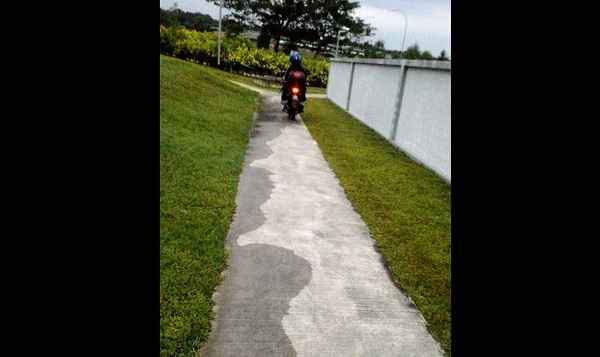 It's quite revulsion everyday you need to share a pavement with other motorist.