END_OF_DOCUMENT_TOKEN_TO_BE_REPLACED

LEE KUAN YEW IS A LOUSY PARENT WITH NO FORESIGHT, LEE FAMILY FEUD SHOWS IT ALL 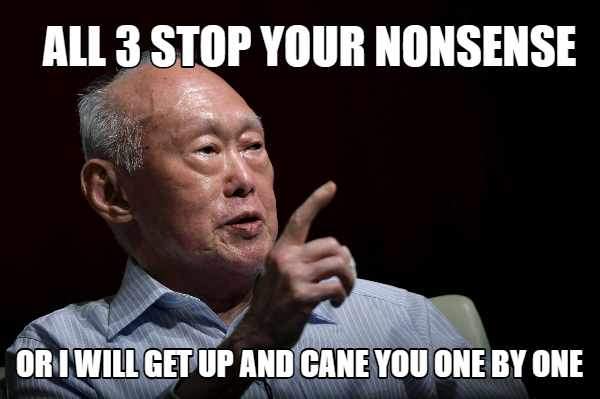 This fiasco over the Oxley Rd home is Lee Kuan Yew's fault! People think he is a wise man with foresight, this episode shows he has poor understanding of his kids and has poor foresight. He is a wise watcher of world affairs but a lousy one in his own home. As their father surely he knew their character best and would have foreseen this bunch of squabbling siblings tarnish his name like this. This is Lee Kuan Yew's fault. As the chinese saying goes, the fault of the children rest with the poor upbringing of the parents. This ugly public fight between the Lee siblings confirms what a lousy parent Lee Kuan Yew was.