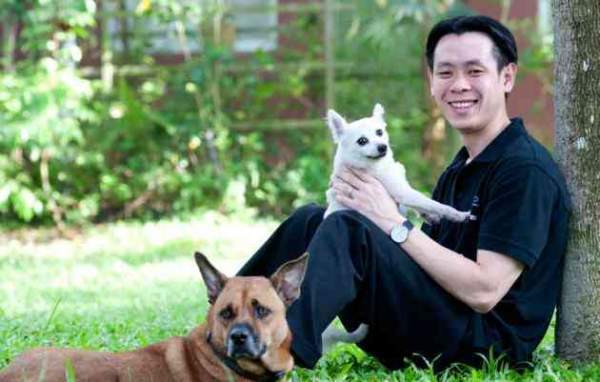 Wildlife rescue group Animal Concerns Research and Education Society (Acres) has formed Animal Crime Investigation Unit to investigate complaints on animal cruelty and wild life crime. The methods used will include undercover work and sting operations. The evidence collected will be used by ACRES to prepare case for Agri-Food and Veterinary Authority (AVA) to be used in court.

END_OF_DOCUMENT_TOKEN_TO_BE_REPLACED 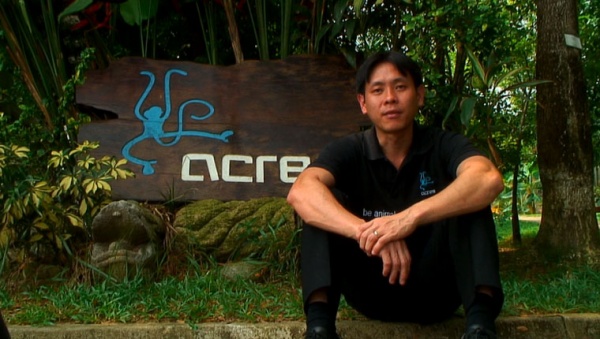 The Society has received four tip-offs about a full-grown tiger being kept in the basement of a house in the vicinity of Sixth Avenue and a caged Malayan sun bear in a house around the Mandai area. Now, Acres is offering a $1,000 cash reward for information leading to the successful confiscation of either animal.

END_OF_DOCUMENT_TOKEN_TO_BE_REPLACED Animal rights activist Louis Ng has joined the People's Action Party (PAP) and will help Manpower Minister Tan Chuan-Jin at the Kembangan-Chai Chee ward, in the Marine Parade GRC. Explaining his decision to join the PAP, Mr Ng said his work as an advocate for animal welfare has shown him that "things can change when we work from within".

END_OF_DOCUMENT_TOKEN_TO_BE_REPLACED Thank you for your concerns with regard to the bat we rescued from Diana Lu last week. Diana wrote a FB post with regard to this rescue and, unfortunately, it contains information which is factually incorrect and also misleading. ACRES hopes to set the record straight. Please do help us share this post.

END_OF_DOCUMENT_TOKEN_TO_BE_REPLACED

Clad in nothing more than white underwear and covered with streaks of body paint, animal activist Ashley Fruno stood outside the Anson Road office of Air France on Thursday afternoon. Splashing white, blue and red paint on her body to symbolise a "bloodied Air France logo", she also clutched a sign that read: "Air France: Stop Monkey Cruelty". It was a silent protest. The lone activist from the Asia office of international animal rights advocacy group People for the Ethical Treatment of Animals (Peta) spoke only when onlookers spoke to her. They also snapped pictures and posed with Ms Fruno.

END_OF_DOCUMENT_TOKEN_TO_BE_REPLACED

As one of the three remaining farmways in Singapore (the other two being Murai Farmway and Seletar West Farmway), Pasir Ris Farmway is perhaps the most recently built of the lot. Today it is perhaps best known for the many pet farms, animal shelters and fish farms along its three farmways.

END_OF_DOCUMENT_TOKEN_TO_BE_REPLACED

The Animal Concerns Research and Education Society (Acres), an animal welfare group in Singapore, is calling for harsher punishment for the man convicted of keeping illegal wildlife here, to send a stronger deterrent message against wildlife smuggling. Its chief executive Louis Ng said: "We must send out a strong mssage that Singapore is committed and serious in combating this illegal trade and ensure that individuals involved in this trade are not only caught but given effective deterrent sentences."