LOANSHARKS ARE MAKING A COMEBACK IN 2017, WHAT IS THE GOVT DOING?

In recent years what have the local authority done to control the situation of Ah Long in Singapore.

END_OF_DOCUMENT_TOKEN_TO_BE_REPLACED

My Filipino maid who had worked for me 7 years borrowed from 6 illegal Ah Longs. The entire process was done electronically, via Whatapps and bank transfer.

END_OF_DOCUMENT_TOKEN_TO_BE_REPLACED

To all Employers out there with a helper. My helper borrowed $600 from a loan shark and the amount ballooned to $5K and I wasn't away until my maid is on compassionate leave and started receiving phone calls from the loan shark.

END_OF_DOCUMENT_TOKEN_TO_BE_REPLACED

BANKRUPT: HEARTLESS DEBT COLLECTORS HARASS ME, SMASH MY STALL & CAUSE MY WIFE TO DIVORCE ME 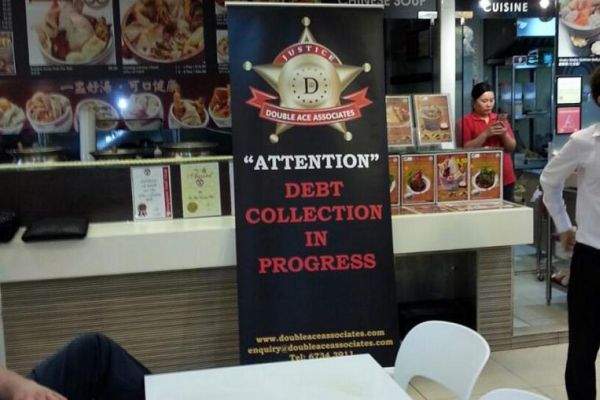 I'm the victim of the debt collector incident at Funan food stall. Due to business failure, we owe the supplier some goods money. The collector went to the Funan stall and smashed our stall. We reported to the police many times. Now I'm a bankruptcy but till now the collector's still come to my house and bang on my door. I have reported to the police and also been to my MP but this still happens occasionally. Recently the collector's called me up telling me that my debt interest rates getting more. My actual debt is 21K but now they claimed is $32,200 including their salaries. And because of the debt collector's harassment, my wife is going to seek a divorce with me.